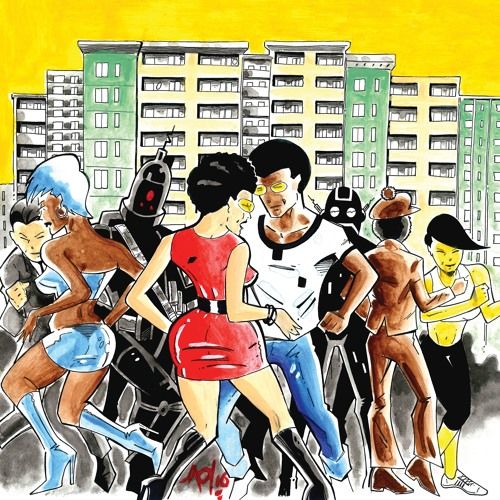 Marquis Hawkes returns this April to share the first cut from his much anticipated debut album, Social Housing. Led by a hard-hitting percussion filled with open hi-hats and a deep thudding bass, ‘Fantasy’ evolves into an infectiously groovy and dancefloor-ready house tune that’s expertly infused with elements of funk, disco and synth pop. Punctuated by a chopped and distorted vocal that appears out of the sound, ‘Fantasy’ is a euphoria inducing summery day-time track.

Social Housing, which follows on from a series of solid EP releases via the label including Sweet and Raw Materials, is made up of 12 brand new and unreleased tracks. Both showcasing and transcending Marquis Hawkes’ penchant for soulful vocal cut-ups and jacking drum-machine jams, this stunning debut LP represents over two years of dedicated creation. Tracks including ‘Apple Of My Eye’ and ‘Tim’s Keys’ feature input from Hawkes’ regular collaborator Timothy Blake on keys whilst ‘I’m So Glad’ features the soaring vocals of one dance music’s most recognizable voices, Jocelyn Brown.

Leaving no artistic stone unturned, Hawkes commissioned his friend, illustrator and fellow musician Alan Oldham (aka DJ T-1000) – a member of the Detroit collective Underground Resistance who’s renowned for his graphic novels and cover artwork for labels such Transmat and Djax Up-Beats – to provide us with the visual manifestation of his creation. The cover artwork was drawn from a photo taken by Hawkes’ wife in the area of East Berlin that they live.