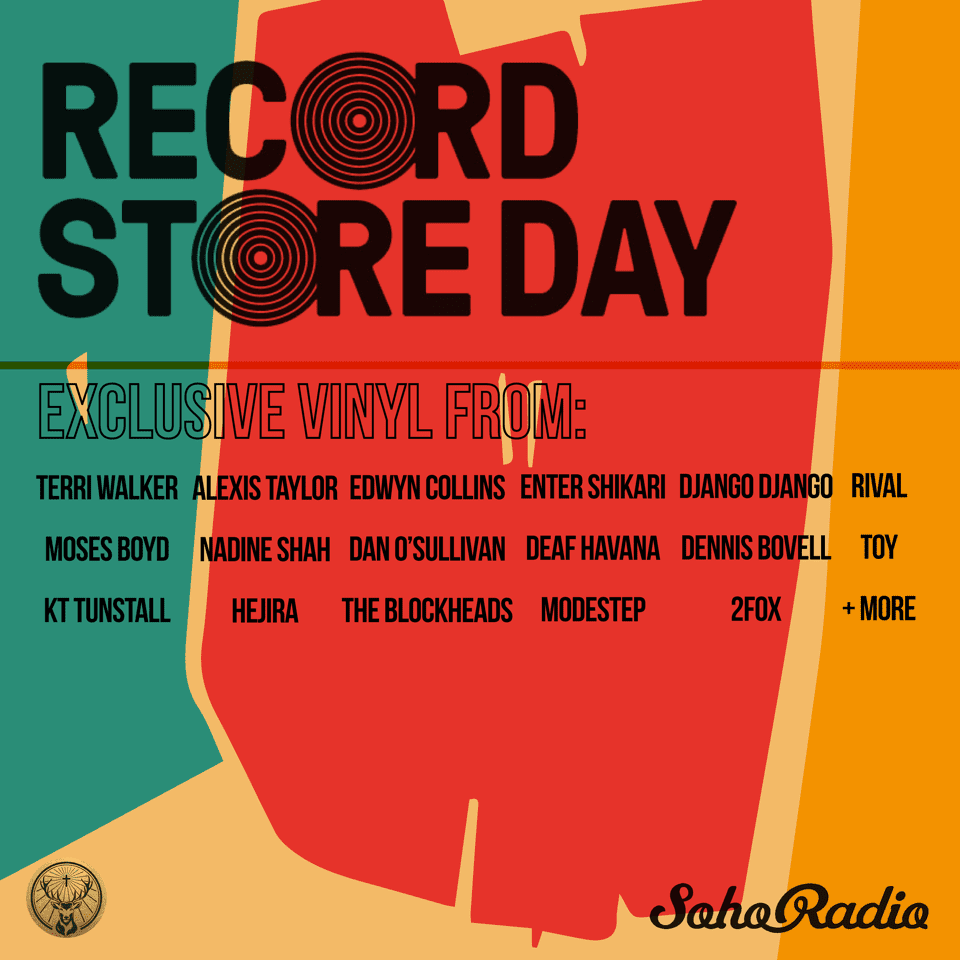 The live sessions will feature TOY, KT Tunstall and Dan O’Sullivan among others, and will involve two tracks cut straight to vinyl on the custom lathe at Soho Radio, creating an exclusive acetate.

There will be just one vinyl from each session available to purchase on Record Store Day and all proceeds will go to charities chosen by the artists. In 2018 Paul Weller nominated housing and homelessness charity Shelter to receive the proceeds from his vinyl.

At the pop-up shop on Saturday 13th, vinyl-hunters will also be able to find single copies of vinyl from previous live sessions at Jäger Soho, from artists including Alexis Taylor, Nadine Shah, Enter Shikari and Modestep plus more to be announced.

All guests to the pop-up will be treated to delicious Jägermeister cocktails whilst they browse through the record collection and listen to Soho Radio’s themed radio shows for Record Store Day.