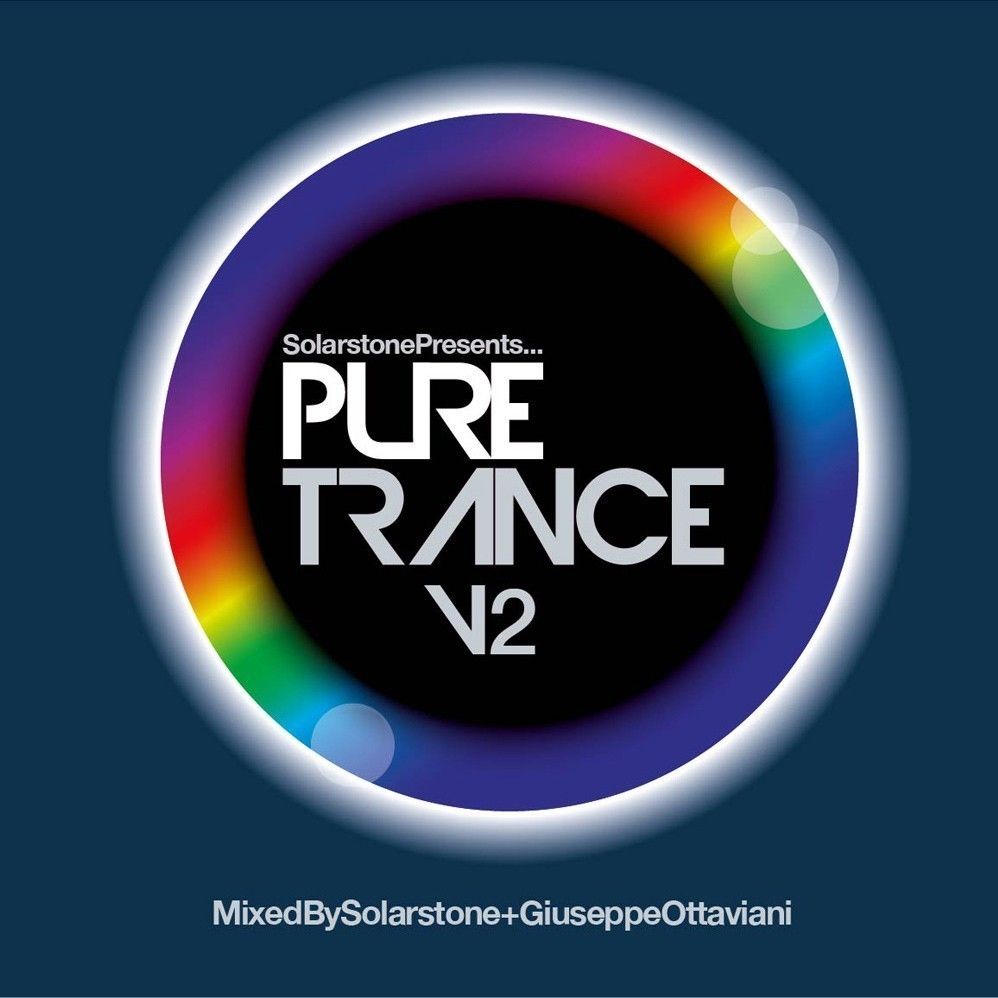 Over the last 24 months the #PureTrance movement has swept through the world of electronic music, driven by its flag-bearer, Solarstone. First outlined by its debut mix-comp (still in Beatport’s bestseller chart one year after its release), Solarstone’s now ready to bring its essence into even clearer focus. Across 2 discs and 34, often exclusive or purpose-built tracks, Pure Mixes and Retouches, Solarstone and fellow Pure practitioner Giuseppe Ottaviani serve a future-proofed release that’ll be as relevant in your collection in 10 years time as it is today. With music from trance bedrock like Aly & Fila, John O’Callaghan, Darren Tate, Alex M.O.R.P.H., M.I.K.E. and Sied van Riel, it also features new rising talent including Suncatcher, Adam Nickey, Sneijder, Walsh & McAuley and Driftmoon. Standby to receive your trance refined, clarified and 100% Pure!

Solarstone sets the mix’s early atmosphere with some rolling gear from the harmonic end of Pure’s spectrum. The faraway tones of Adam Nickey’s ‘Perfect Destiny’, the trance-transcendent float of Aerium’s ‘Horizon’ and flute-like drift of Elfsong’s ‘Seldarine” form its opening minutes. Building the bridge skyward, Solarstone’s towering Pure rebuild of M.O.R.P.H.s ‘Eternal Flame’ and his retouch of M.I.K.E.’s ‘Respire’ open up the euphoric throttle.

Reaching its halfway point, Solarstone bomb-drops the deliciously ominous tones of his most recent Pure Mix of ‘Love Theme From Blade Runner’. Given sanction by the house of Vangelis’, alongside the Pure Mix of Zoo Brazil’s ‘Hearts A Legend’, it lends darker tones to the mix.

On the release of the second album, Richard says: “Almost exactly a year ago we released Solarstone presents Pure Trance – Volume 1, an album which marked the beginning of a journey of rebirth and rediscovery. Since its release we have taken the Pure Trance message global with a host of Pure Trance Events that have not only invigorated but restored a sense of belonging to a growing & passionate audience worldwide, and finally the scene is sitting up & taking notice: Pure Trance music is alive & kicking, and right now on fire! I am proud to present this second compilation of brilliant music for all lovers of the sound of Pure Trance.”

Italy’s Giuseppe Ottaviani comes off his spot, boxing clever with an overtura of toughened trance logistics. He interplays the tracks of nu-bloods like John Mash, Colonial One and Andrea Mazza with those of Darren Tate, Sied van Riel and other trance establishment.

Giuseppe says: “over the last year I’ve played at Solarstone’s Pure Trance events in many different corners of the world. To have the chance to capture, in some way, their unique atmosphere as part of a mix compilation has been wonderful! I hope you have as much fun listening and dancing to my mix, as I had compiling mixing it!”

Marking Agnelli & Nelson’s remix-return, Ottaviani (or “the Grand Master of Energy”, as MIXMAG recently christened him!) charges the mix’s midpoint with a new version of Andain’s ‘You Once Told Me’. Whipping Sneijder’s rebuild of his Aly & Fila collab ‘Brilliant People’, James Dymond’s ‘Carbon’, Will Atkinson’s ‘Hemosa’ and others together, Giuseppe brings about the release’s final perfect sound-storm. The album is out Oct 28th.
________

STOP PRESS: Catch Pure Trance LIVE! Over the last year Solarstone presents Pure Trance has visited 15 electronic music capitals around the world with it’s successful Events concept. To celebrate the release of the second album, Solarstone & Giuseppe will be making a hotly anticipated return to the Dutch capital over the course of Amsterdam Dance Event week. You can catch them riverside at Club Panama (alongside Daniel Kandi, Orkidea & Michael Cassette) for the ADE Solarstone Presents Pure Trance night on October 18th. Secure tickets now through this link.