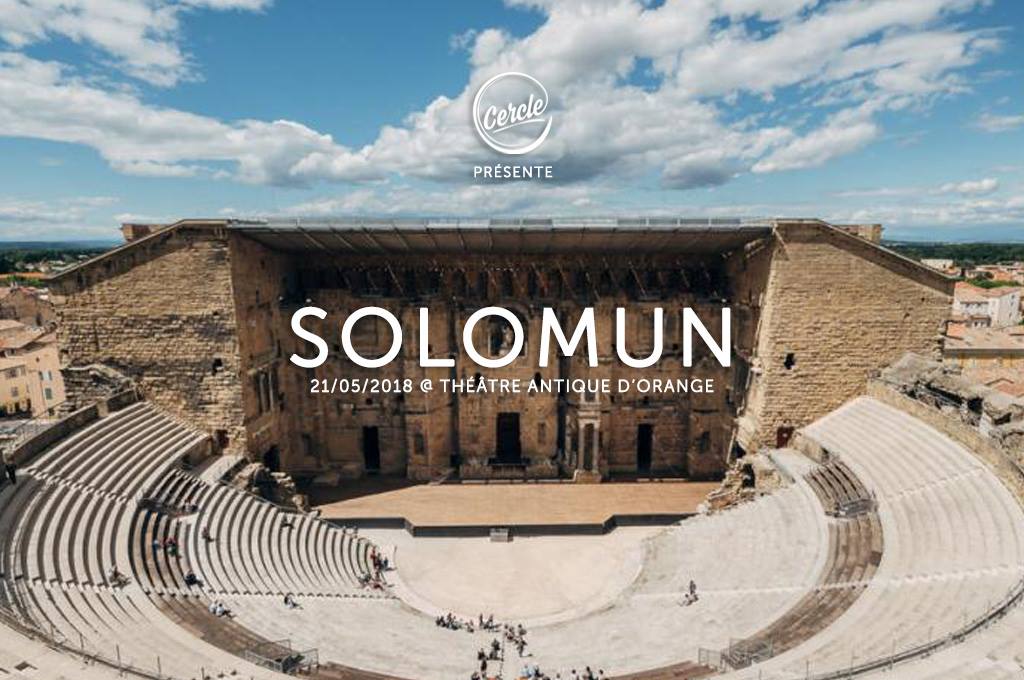 Diynamic Music label boss Solomun will play a unique DJ set in France on Monday 21st of May at Orange’s ancient Roman amphitheatre, and the visually spectacular show will be produced and broadcasted live by Cercle.

Solomun, of course, is one of house music’s most celebrated artists. The Diynamic label boss holds two of his own residencies in Ibiza, hosts Diynamic events, showcases and festivals all round the world and manages to get people moving with his emotive, intimate house sounds and infectious grooves.

During his set, he will be shot from multiple angles by cameras and a drone and broadcast live on Cercle’s Facebook page, and after the show will be interviewed live as part of the stream when online audiences will be able to ask questions.

The stunning and historic venue for this is Orange’s ancient Roman amphitheatre, which is listed as a UNESCO World Heritage Site and was a theatrical wonder during the Roman Empire thanks to its particular acoustics. With house music maestro Solomun serving up his melodic house sounds, this is a truly one of a kind event in one of the most beautiful architectural legacies of ancient Rome.

Every Monday, Cercle films one artist playing for one hour in a unique setting, followed by an interview via Facebook live and the streaming platform has already collaborated with multiple venues like the Eiffel Tower, Fontainebleau’s castle, Chambord’s castle, Montparnasse tower observation deck, Bourdelle’s museum. and many more, and now has more than 500 000 fans on Facebook with more than 45 million views and 220 000 subscribers on YouTube with 45 million views.