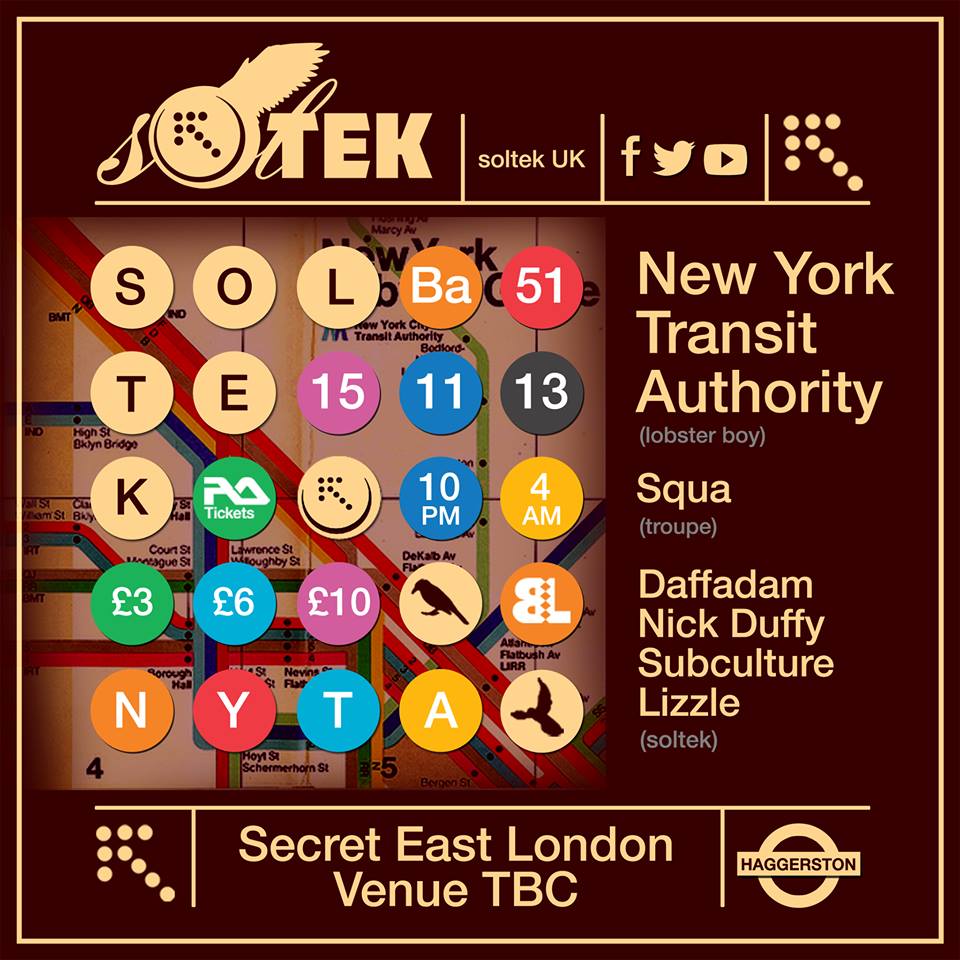 Topping the bill we have one of the most exciting producers in the current 4×4 house scene, Lobster Boy’s man of the moment New York Transit Authority. Ever since his huge hit from last year “Off The Traxx”, which received regular support from some of the scene’s heavyweights such as Disclosure, Gilles Peterson, Benji B, Boddika, Loefah and Pearson Sound to name a few, the man has gone from strength to strength with a highly celebrated mix for FACT Magazine and not forgetting his latest offering, the massive “Swarm” EP, which includes one of this year’s biggest tracks “95”. His sound effortlessly conveys the diversity and innovation that’s synonymous with the UK at the moment, as well as representing his original take on the signature Lobster Boy sound. We can’t wait to host him at our next party for what promises to be a memorable set.

He’ll be joined by Troupe resident and party-starter Squa, who’s been causing a bit of a stir of late with regular appearances at renowned venues such as XOYO, Factory 7, The Egg and Cable (RIP).. Having supported acclaimed artists such as Breach, Dusky, Fur Coat and Alexis Raphael among many others, Squa recently turned his hand to production and has just had a strong release on Real Nice Recordings, under his and a friend’s A&O moniker. Up next and to round off the bill are Soltek’s trusty residents Daffadam, Nick Duffy, Subculture and Lizzle.