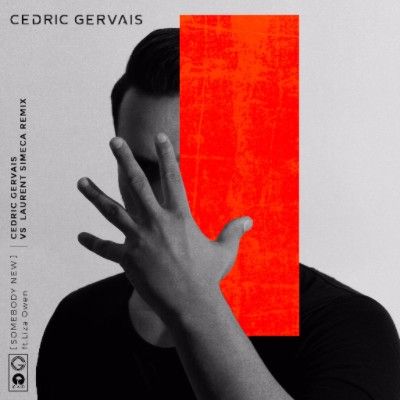 Grammy Award winning DJ/Producer, Cedric Gervais has teamed up with house legend Laurent Simeca  to reveal the newest remix of “Somebody New” out now via Island Records. Gervais’ and Simeca give the original track a whole new lease on life with throwback piano chords and swinging drum rhythms. The reconstruction builds upon the original’s already accomplished sound, and cements itself as one of the finest dance floor
reworks of 2017.

Laurent Simeca is a Marseille born, Miami based champion of two highly coveted, world-famous, Miami residencies at MANSION and Cameo. With previous residencies at the world renowned Crobar (now Cameo) and Nikki Beach on his resume, Laurent has made his presence felt as one of the hottest talents on the scene for many years now. Laurent has had 3 Number 1 hits singles across the globe which included the Queen Vs. The Miami Project’s “Another one bites the Dust” hit rework released in 2007. The track became an international floor-filler for several months, following rigorous outings in Miami then Ibiza and ending at Number 1 in the U.K Charts.

Cedric Gervais has toured relentlessly around the world throughout his career. Captivating audiences with his energetic sets, he has played residencies in New York, Miami and Las Vegas all met with critical acclaim. Along with this, he has performed at renowned festivals including Ultra and Jay-Z’s ‘Made in America’ festival to name a few. Cedric will be returning to the White Isle this summer, where he will play at David Guetta, Martin Garrix and Kygo’s residencies at Ushuaia. Away from Ibiza, Cedric will also make his highly anticipated debut at Tomorrowland this summer.

Cedric has worked with the likes of CID, David Guetta and Digital Farm Animals. He recruited DFA for his single, ‘Touch the Sky’ featuring Dallas Austin. Released on Cedric’s Delecta imprint, the track continues to build momentum online, hitting nearly 3 million Spotify plays and is currently soaring up the UK Shazam chart. Not only a DJ and producer, Cedric added a new role to his repertoire – the label boss of Delecta Records. In conjunction with Armada Music, he founded the imprint last year and has subsequently released a wealth of material from rising dance talent, as well as his own catalogue of hits.

Feature artist Liza Owen also co-wrote Somebody New and has been experiencing recent success with her latest release ‘Don’t Call Me Baby,’ which now has over 685,000 Spotify streams and has reached No.10 in the Spotify viral charts. The British-Cambodian singer/songwriter has been in the studio with artists & writers including Kanye West, Louis the Child, Ali Tamposi, Asia Whitaker, R City & Jonas Blue.

On writing the song with Cedric Gervais, she’s said, “Somebody New was written as a letter to my ex, a stream of unspoken words that needed to be said.”