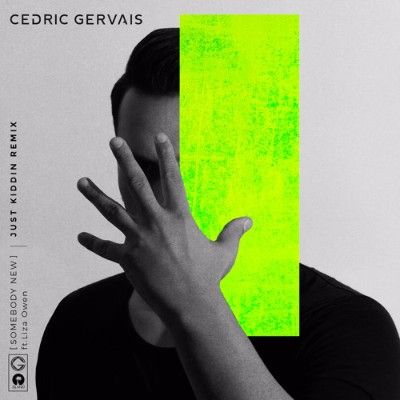 Just Kiddin breathes new life into Cedric Gervais' already accomplished piano-led track, "Somebody New" ft. Liza Owen. The British duo reconstructs the original by way of a funky bassline, sidechaining analog synths, and filters that open and build into an energy-packed house tune; perfect for a night time dance-floor and a summertime pool party. The track showcases Just Kiddin's ability to evoke emotion through heavy dance rhythms and culminates into a track that pays homage to house music's past and shines a light on its future.

Just Kiddin have placed no limitations on their sound and have already gained props from industry heavyweights such as Duke Dumont, Tensnake, Gorgon City and The Magician. With a worldwide fan-base growing, Just Kiddin have precisely what it takes to be the UK’s next breakthrough act.

Cedric has toured relentlessly around the world throughout his career. Captivating audiences with his energetic sets, he has played residencies in New York, Miami and Las Vegas all met with critical acclaim. Along with this, he has performed at renowned festivals including Ultra and Jay-Z’s ‘Made in America’ festival to name a few. Cedric will be returning to the White Isle this summer, where he will play at David Guetta, Martin Garrix and Kygo’s residencies at Ushuaia. Away from Ibiza, Cedric will also make his highly anticipated debut at Tomorrowland this summer.

Cedric has worked with the likes of CID, David Guetta and Digital Farm Animals. He recruited DFA for his single, ‘Touch the Sky’ featuring Dallas Austin. Released on Cedric’s Delecta imprint, the track continues to build momentum online, hitting nearly 3 million Spotify plays and is currently soaring up the UK Shazam chart. Not only a DJ and producer, Cedric added a new role to his repertoire – the label boss of Delecta Records. In conjunction with Armada Music, he founded the imprint last year and has subsequently released a wealth of material from rising dance talent, as well as his own catalogue of hits.