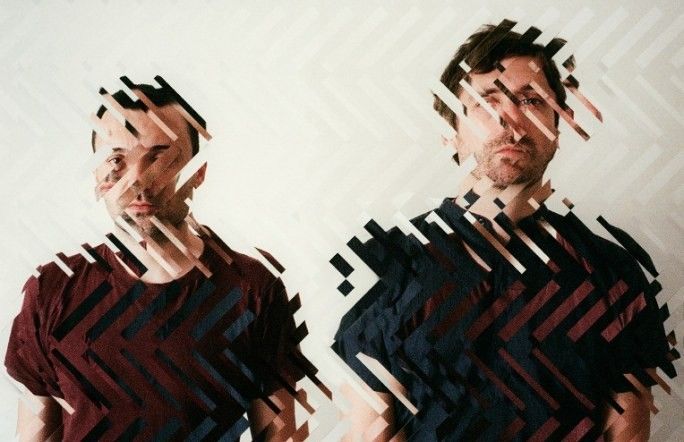 Sónar 2014’s line-up will present a diverse and exciting range of Spanish talent, mirroring the strength of the scene in recent years. In total there will be 34 performances, covering virtually the entire spectrum of today’s electronica, from traditional hip-hop beats to the experimental approach, dance music in all its forms and the most complex and cutting edge sounds.

Quality, ambition and compositions closer to song formats are the common elements in three of the most important live shows at Sónar 2014. Madrid producer Henry Saiz, enjoys international prestige and will convert emotive techno from his latest album into a new format, combining synthesizers with a wide range of instruments (guitars, bass, drums, electronic percussion), guest vocals and an impressive audiovisual device. These new versions will be recorded and edited for a new album. Meanwhile, BFlecha will present audio gems from the excellent “βeta” (released on his own label, Arkestra) an album somewhere between synth-pop, cosmic r&b and UK garage, with analog keyboards and a very physical live show. Catalan duo Desert, (Cristina Checa and Eloi Caballé) are constantly evolving, with recent dates in the United States helping them to refine their dream pop vocal blend and increasingly exciting live shows.

Risk, audacity and the most evocative and complex electronic trends will feature in several performances from Sónar’s music program. This is definitively the case of the duo Downliners Sekt, whose latest LP, “Silent Ascent”, has received unanimous and well-deserved praise from the global media for its meticulousness deep bass, fractured electronica. Balago, veterans of the national scene, present their new and greatest album, “Darder”, packed with cosmic ambient and influenced by John Carpenter’s soundtracks. Moving leftfield to more extreme territory is the monolithic ritual noise of Ordre Etern, the new project from Qa’a’s Victor Hurtado and Yarei Molina, whose musical reverberations earned them an international reputation.
Also residing in the realm of pure electronica is Nev.Era, with his intricate IDM; the industrial style techno of Barcelona’s Pina; and the magnetic and synthetic dream-noise of Sunny Graves, (the project from Simon Williams on the Disboot label). Meanwhile, risky, cutting edge music defines the cinematic avant-garde show of 3QUINOX’s audiovisual collision; the bleak post-rock of Madrid trio Territoire; and the soft textured deep drones of Rayo-60.

Hip-hop, bass music, r&b, trap and grime are revitalised, moving at high speed in the hands of young MCs and beatmakers on the rise, as well as already established producers. Alizzz, is at the helm of this new batch of domestic producers. Returning from a U.S. tour, he will consolidate his great year with a live show including all of his hits, like the ones featured in the recent “Sunshine EP” (released on Diplo’s label, Jeffree’s). Young Galician MC Arufe will showcase the freshness of his rhymes accompanied by his usual partner in crime, Judah. Meanwhile, Malaga duo BSN Posse will flaunt its arsenal of tracks drawn from the most diverse sources of bass music. Glue Kids will perform their synthetic and hypnotic hip-hop from their recent and excellent EP “Santos Inocentes”. Rounding off this extraordinary group of national artists are two of the scene’s most respected names, DJ2D2 and Mwëslee, both behind the decks demonstrating their deep knowledge of hip-hop, future beats and today’s dance music; also returning to top form is Professor Angel Sound, with his Latin rhythms and moombathon approach.

Classic genres and recent dance music trends are amply represented at Sónar 2014 by some of today’s best djs and producers, such as Astroboyz or Sau Poler (both on the rise and performing at the Red Bull Music Academy stage), Mario Nieto, Pau Roca, Enpunto, Asturian Kresy, the dj collective from Barcelona record shop Discos Paradiso and the up-and-coming Dj Der. Festive rhythms and dj booth quality control is also guaranteed with the versatility and skills of djs like Mr.k!, Shelby Grey, Xavi Mateu & Carlos Bayona (creators of the FEA festival), Uner (presented by Pioneer DJ), Vallès, Sanatruja and Eme DJ.