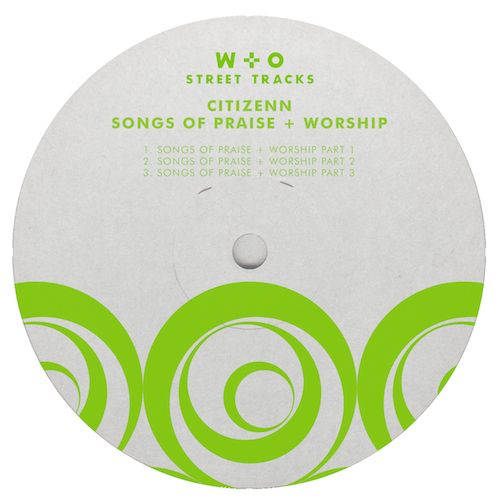 Set across 3 dynamic tracks, Songs of Praise + Worship is a unified showcase of Citizenn’s versatility as a producer. Pt.1 opens the project; a bubbling techno belter with a driving bassline, hypnotic synths and seductive vocal slices. Opening with a thudding kick drum, Pt.2 layers euphoric vocal samples over textured beats. Pt.3 rounds out the release with its shadowy atmospherics and dark intensity.

From his early days hosting his own nights at Bungalow 8 and Dalston Superstore to being a video director for the likes of Aluna George and Little Boots, Citizenn’s varied career has helped shape his unique sonic signature. His consistent releases on heavyweight labels including MadTech, 20:20 Vision and his debut album on Crosstown Records have earned him champions including i-D, Mixmag, XLR8R and DJ Mag – the latter awarding him the coveted title of ‘Biggest Breakthrough DJ’ in 2013.