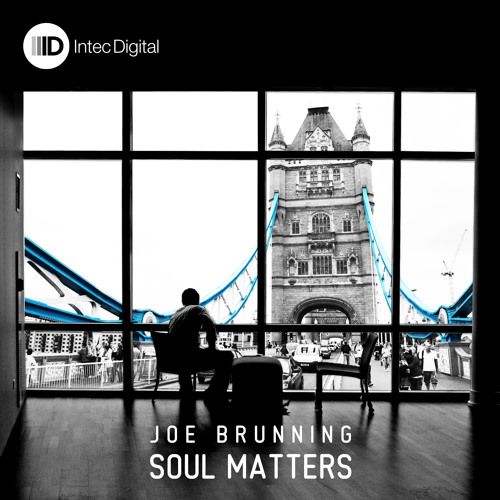 “‘Soul Matters’ is a very personal record and every track has a story or personal philosophy behind it. It would have been easy to create a linear, unchallenging project but Intec gave me the platform to simply write a story in a musical sense that hopefully isn’t ephemeral. Soul really does matter…” Joe Brunning.

The talented UK-based DJ/producer has been causing a real stir, of late, with his unique brand of melodic dancefloor-ready productions and energetic performances at Intec’s sell-out Off-Sonar party at Under Club (Barcelona) and at Carl Cox’s legendary Space Ibiza residency playing alongside the likes of Jon Rundell, Cristian Varela, Guti (Live), Nicole Moudaber and king Carl himself.

‘Soul Matters’ is Joe’s most accomplished work to date and takes us on a captivating journey through 18 outstanding tracks encompassing; warm laid back moments, emotive soundscapes and funk-driven rhythms which simply ooze class. Joe says “Each track is integral to the album, it’s a complete journey and has been created not to solely rely on pinnacle moments.”

The LP’s opener ‘A Sydney Storm’ provides the perfect soundscape of inspiring organic sounds to kick things off and get us in the mood for the sun-kissed beats, flamenco-tinged guitar riffs and emotive piano chords of ‘Dream A Little Dream’.

The album continues by showcasing an heady assortment of House gems such as ‘Blue,’ which utilises a sample from 1960’s Jazz group Lambert, Hendricks and Ross’ classic track by the same name, the Trumpet-fuelled ‘Smokey Blues’ and the laid back soulful groove of ‘If Strings Could Sing’.

Other highlights include ‘Clock Work Memory’, which gives a nod to works from Laurent Garnier and Moby, the Latin American-influenced ‘Deepest Reverence’ and one of Joe’s personal favourites ‘The Sweetest Sound’. Joe says “Opera has always been a genre of music I have loved and within this track there are soaring operatic elements combined with huge sub bass and broken beats to create an intense, emotional trip”.

The album concludes with the solid Jackin’ House beats and 90s-esque rave chord progression of ‘Positive Vibes’ to, take things up a notch and, lead us nicely into the Samba-style Techno groove of ‘El Ritmo’ and the album’s stellar title track ‘Soul Matters’. Both ‘El Ritmo’ and ‘Soul Matters’ were released as singles earlier this year, as a precursor to this album, to much acclaim and featured remixes from Chus & Ceballos and Kevin & Dantiez Saunderson.

All in all, ‘Soul Matters’ is a very impressive and accomplished debut album from one of dance music’s most promising rising stars. The album effortlessly flows from track-to-track and offers a vast array variety which highlights just what a versatile DJ/producer Joe has become.

‘Soul Matters’ is out August 31st on Intec.