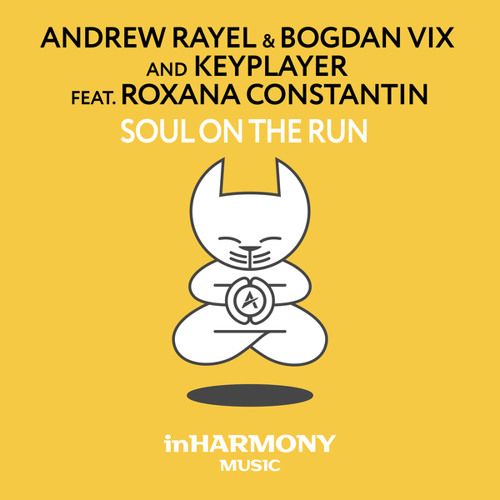 Explosive. Fiery. Daring. Newly minted label-chief and head of A&R for inHarmony Music, Andrew Rayel, is an expert at constructing high-energy, uplifting progressive-trance music. A leading force in electronic dance music, Andrew Rayel is the Moldovan DJ/producer often found on the mainstages of top festivals and nightclubs the world over. Andrew Rayel & Bogdan Vix and KeyPlayer featuring Roxana Constantin’s “Soul On The Run” (inHarmony Music) is out now.

Hitting with the potency of a cyclone, “Soul On The Run” has the wicked energy of a true club banger. Created with Romanian artists, Bogdan Vix and KeyPlayer, and featuring the vocals of the terrific Roxana Constantin, “Soul On The Run” is in fact inspired by and meant as a touching tribute to a friend who was recently lost. With an inexorable vitality that puts bodies into motion, “Soul On The Run” has the potential to become an early clubland hit for winter 2017-2018. Eliciting a strong reaction whenever Andrew Rayel drops it on-the-decks during his live DJ sets, “Soul On The Run” is a big-room slayer with all the right ingredients for success. For this mainstage production, Rayel teamed-up with Romanian artists, Bogdan Vix and KeyPlayer, to cook-up a tasty treat brimming with celebratory ferocity perfect for any packed dancefloor. Roxana Constantin’s vocals bring just the right element of natural wonder to this dynamic club tune.