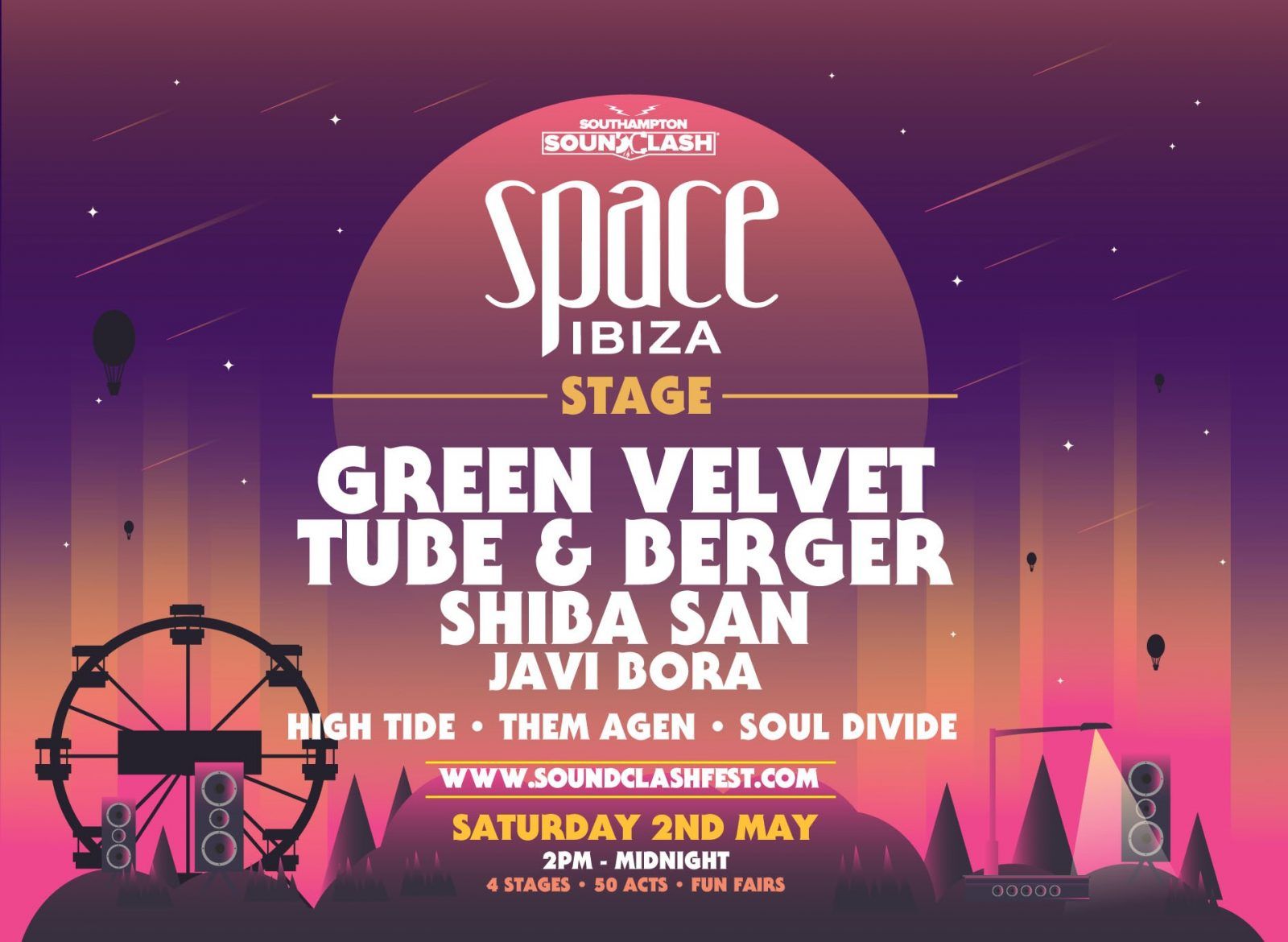 On May 2nd, the spirit of the white island will be breathed in by one of the most important festivals in the UK, the Southampton Soundclash Festival.

Starting at 2pm, over 50 artists, most notably Gorgon City, Shadow Child, Green Velvet, Shiba San, Tube&Berger, Dj Hype and Friction, will be spread-out among 4 stages that the English festival will offer its audience, estimated at well over 10,000 attendees.

Space Ibiza will host one of the main stages, the House Stage, which will represent the Playa d’Embossa club in the hands of Javi Bora.

Festival facilities meet the quality standards expected with the events that Space Ibiza collaborates on, the most essential being the Funktion One sound, which is one of the most beloved sound systems by clubbers all over the world.

The exact location and final lineup is soon to be confirmed, making this festival one of the most important dates in the tour that Space Ibiza realizes before the opening of the club on May 24th.