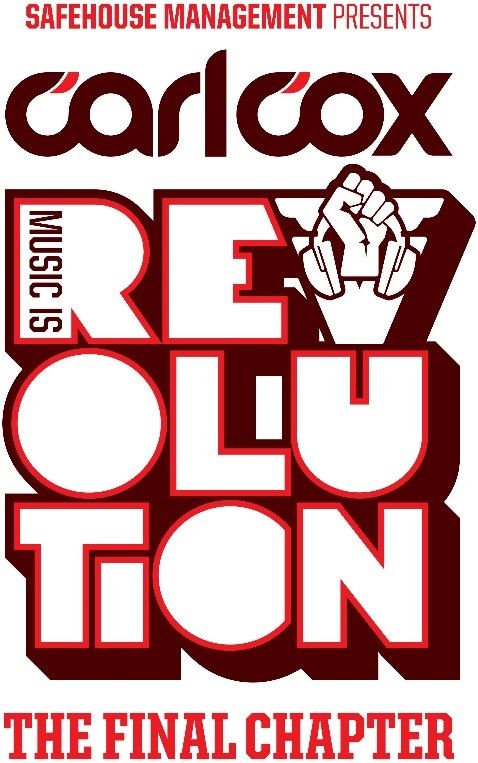 On June 14th Carl Cox embarks on his last and longest ever season at Space, Ibiza – Music Is Revolution – The Final Chapter.

An iconic season deserves an iconic line up, and this year Carl will be taking a nostalgic look back on his history at the club, bringing back selected DJs from all previous 14 seasons, along with a huge array of new talent.  “There’s going to be something for everyone” says Carl. “Whether you’re looking for legendary DJs or brand new talent, we’ll have them all. Lots of great DJs from the early years are coming back to play too, which is going to feel really special.”

With just over 10 weeks to go until the highly anticipated opening party, the line-up is already taking shape and Safehouse Management are now finally ready to reveal just some of the DJs who’ll be joining king Carl. First names confirmed include legendary DJs such as the French-born Francois K, US House heroes Danny Tenaglia and Masters At Work and the illustrious Sasha. On the Techno front there’s heavy weights such as Sweden’s Adam Beyer going b2b with Ida Engberg plus Italy’s Techno masters Marco Carola and Joseph Capriati.

Running for 15 weeks, one week for every year of the residency, Music Is Revolution – The Final Chapter will be the biggest party on the island, guaranteed to go down as the most legendary residency in Ibiza. And, with all early bird tickets selling out in just 24 hours, demand to be part of dance history is already exceeding expectations. Unsurprisingly, tickets for the closing party are already almost sold out, so you’ll need to act fast if you want to witness Carl’s last ever Space show – it will be the only place to be on September 20th with Carl already confirming he’ll be playing all night long.

Get your tickets now