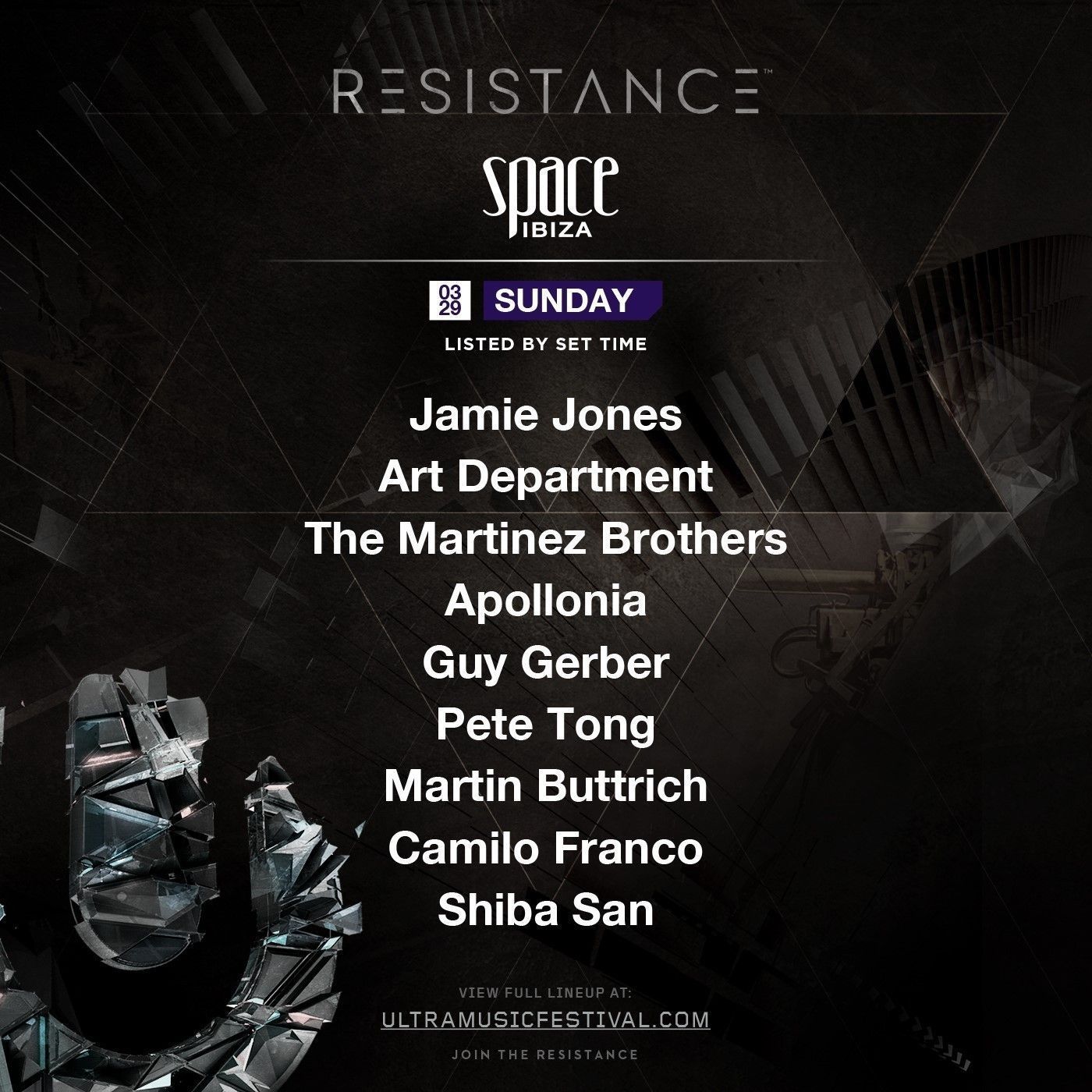 An extraordinary lineup for an unprecedented festival. The alliance between Ultra Music Festival and Space Ibiza continues.

If there is a festival in the world capable of offering in a single lineup the leaders of various styles such as Techno, Hip hop and EDM all under one festive common denominator, that is the Ultra Music Festival.

With the first confirmation of artists towards the 2015 edition that will be celebrated in Miami on the 27th, 28th and 29th of March, makes it clear that it is the festival of festivals; virtually all the heavyweights of global electronica culture without leaving aside any musical style will be present in this edition.

Space Ibiza renews its partnership with the festival and will host a stage on Sunday, March 29th in a new area called Resistance, with a lineup which includes many of the most respected Techno and House artists worldwide: Jamie Jones, Art Department, The Martinez Brothers, Apollonia, Guy Gerber, Pete Tong, Martin Buttrich and the resident of Space Ibiza, Camilo Franco. The rest of the lineup is a long list, so long that is almost impossible to mention each and every one of them without looking like a clubber’s wish list.

A regular at Ultra Music Festival such as Carl Cox returns to the festival in his eleventh year, in which the king of techno will offer a “Carl Cox & Friends’ stage for two days, Friday the 27th and Saturday the 28th of March. On Sunday March 29th, Trance icon Armin Van Buuren will reign the stage with his ‘A State of Trance’.

Ultra Music Festival in Miami means big numbers, great artists and of course the collaboration of the best club in the world.