Space in the Park 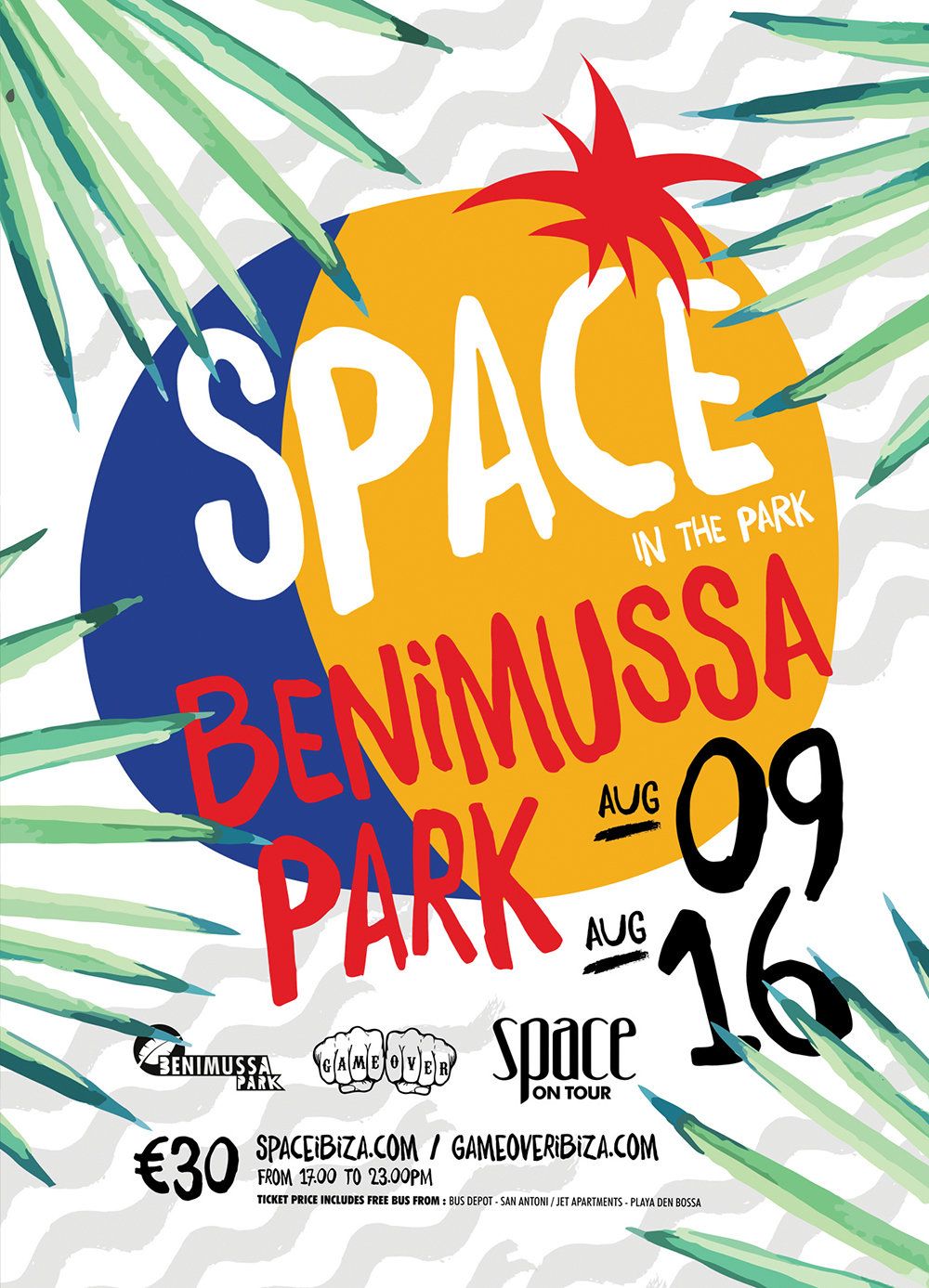 Space in the Park

In October 2016 one of the world’s most beloved clubbing institutions closed its doors forever. Throughout 2017 the clubbing phenomenon that is Space Ibiza has been on everyone's lips around the world. Well now, there is big news…

To celebrate the 28th Anniversary of Space, a very special party is being thrown on August 9th with a special selection of legendary DJs most associated with the iconic club. Going under the name of  Space in the Park and playing out at Benimussa, part two of the sure to be huge event is on August 16th.

People from around the world feel an affinity to Space and what it stands for. Its influence stretches far beyond the normal function of a “nightclub” and is part of the very fabric of Ibiza. This year, at IMS, Dave Browning announced that Space would return to Ibiza this season and now the wait is over.

In the current climate where production and visuals are king with more lights, more screens and more mayhem, sometimes it appears as if the music is taking a back seat. Turn off all of the above and you still have a party, turn off the sound and it’s all over… Game Over & Space plan to offer something that is the antithesis of what is fast becoming the modern day clubbing experience with two very special events, Space in the Park at Benimussa.

Pepe Rosello adds, “We are all together in the music.”

Dave Browning and Eoin Smyth say, “For us the music is the key. Great music transports you. No gimmicks, secret unannounced line ups and no nonsense . They are planning to bring it back to the roots, music and happy smiling people dancing all day into the the night under the ibiza skylights . If you’re not in it for the right reasons are you even in it at all?”