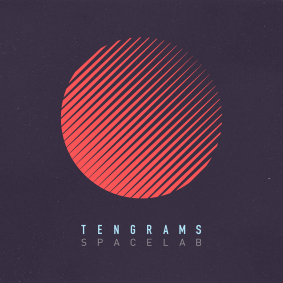 The brotherly pair of TenGrams are next up on N.O.I.A. Records with four fantastic tracks that show off their long relationship with house and Italo.

TenGrams are brothers Alessandro and Davide Piatto, and collectively they have a rich history in the scene. Davide co-founded N.O.I.A., one of Italy's first touring electronic live acts, performing and recording with drum machines and synthesisers as early as 1978. He was also part of seminal Italo outfit Klein + M.B.O. Since then the pair have released under an array of aliases, have clocked up many underground hits and this project continually brings them back to their electronic roots.

Opener ‘Devious’ is a breezy and energetic track with a rolling arpeggio and rich keyboard section over a simple but groovy drum pattern. It’s stuffed with classical Italo space disco sounds as updated for a modern audience and will glisten in any set. Equally fresh is ‘Translucent’ which sounds like a dreamy electro-ballad heavily influenced by Kraftwerk. The slick drums glide through the night and crisp perc helps oil the groove and the whole thing exudes a rueful emotional feel.

The gorgeous ‘Pop Song’ keeps the same 80’s electro vibe with simple, wistful melodies and a great funk bass line. It’s a timeless track that will swell your heart. Last but not least, ‘Disco Dub’ is early eighties electronica with a pumping “robo-funk” Linndrum line that will amp up any crowd and send their hands to the skies.

This is an authentic package of classically influenced Italo house that oozes retro- future funk and magical melody.