Standon Calling Serves Up Its Biggest Year To Date 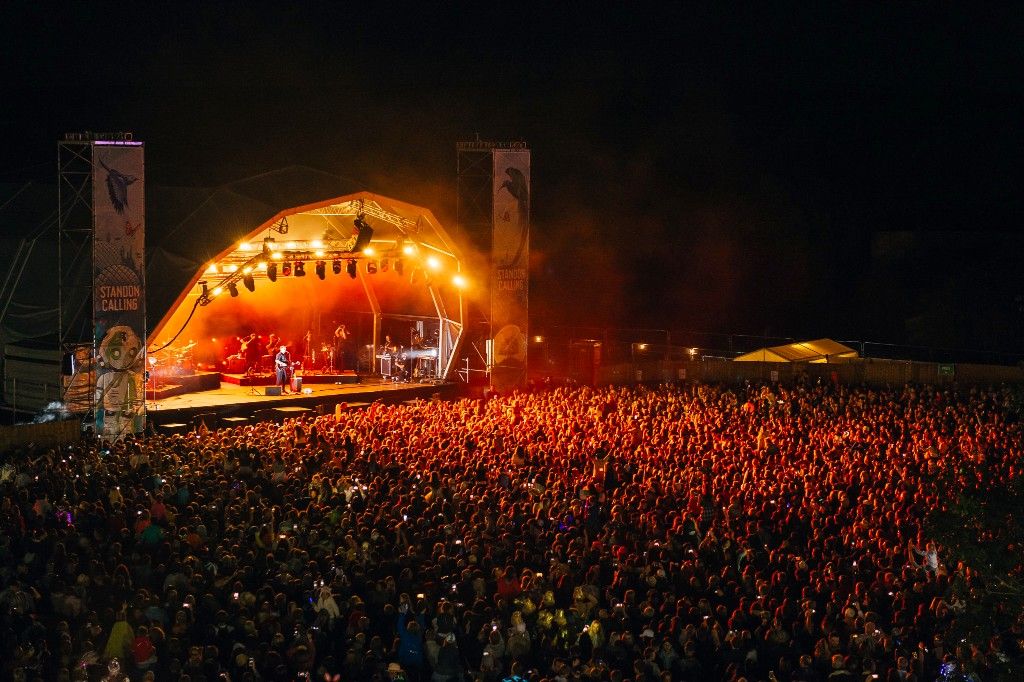 Standon Calling Serves Up Its Biggest Year To Date

Bringing a record-breaking crowd of over 15,000 to the Lordship, Standon Calling 2018 went down in the history books as the biggest and boldest celebration to date – with four stunning days of live music, family fun and unrivalled entertainment that made Standon Calling the perfect festival escape of 2018.

Well and truly bustling with excitement, there was something for everyone – an integral standard of what makes Standon Calling so special. After kick-starting the weekend with an inviting opening party, Friday saw standout performances making the first full day of the festival an unmissable beginning. New music shone brightly, with The Amazons commanding a Main Stage singalong, Pale Waves showing just why they’re set to be the next biggest band on the planet,The Hunna shaking the ground beneath them as they headlined the BBC Introducing stage and a ton of names making their mark (whether that’sAverage Sex, Sam Fender or Hak Baker amongst others). Django Django delivered a mesmeric off-pop set before Paloma Faith proved why she’s an untouchable figure in modern British pop with a masterclass in headlinging style. Thousands of festival goers could be seen partying late into the night with George FitzGerald delivering a shimmering live display.

Saturday was one of the most anticipated days in the festival’s history, with returning local hero George Ezra crowning a unique and special moment when he returned to Hertfordshire for an unstoppable headline set – proving why he’s the biggest name in UK pop right now. Playing to a field full of family and friends, it’s an evening that will live long in festival memory as an emotional homecoming from one of Hertford’s own. Throughout the day, there were plenty of shining slots – Shame were in unstoppable form as they played the Main Stage before Black Rebel Motorcycle Club’s intoxicating dark riffs, Ten Tonnes proved why he’s set for the biggest of stages with a sizzling headline set for BBC Introducing, Little Simz captivated the packed Starbase Standon with her charged rhymes and good-time beats, Tom Walker turned the lights up for a packed Main Stage set and The Cuban Brothers brought fun-filled entertainment to the Main Stage – playing to a field of dressed-up aliens and space travellers after the day’s costume parade.

As the festival drew to a close, Sunday was all about family fun. Horrible Histories returned for a hilarious performance on the Main Stage, with Andy & The Odd Socks bursting with energy over at Starbase Standon. The Bootleg Beatles drew a massive crowd for their trip down memory lane – putting on a Fab afternoon masterclass in the process, Goldfrapp hit electo-pop perfection with her early evening set with Gaz Coombes showcasing his incredible style just before, whilst the likes of Marmozets, Dream Wife and Confidence Manall serving festival-stealing performances across the day. With the Standon Calling Dog Show once again bringing some serious pooches to the fore, comedy from Seann Walsh, a spellbinding headline performance on the Laundry Meadows stage from The Horrors and a festival closing showcase of glamour and style from Bryan Ferry – it was the perfect way to wrap up another history-making year at Standon Calling

Speaking about this year’s festival, Festival Founder and Festival Director Alex Trenchard said:
“Every year, when we plan and work on Standon Calling – we always look to go one better than the year before. I can honestly say that this year was one of my favourite Standon Calling’s to date, feeling like a real coming together of so many people of all ages enjoying some incredible performances across the weekend. It was amazing to witness everyone having a great time, no matter the weather, and I can’t thank everyone enough for making this such a memorable year. From George Ezra’s amazing homecoming moment on Saturday night, to the incomparable Bryan Ferry and the sensational Paloma Faith, so many performances will stay with me from this year. It was brilliant to have you all at Standon Calling this year, and I promise you that 2019 will be even better. See you then!”

2019 Earlybird tickets are on sale from Friday (August 3rd) – with Standon Calling returning next year between July 25th-28th. If 2018 is anything to go by, it’ll be another unmissable date in the diary, from one of the UK’s most diverse and welcoming festival weekends.