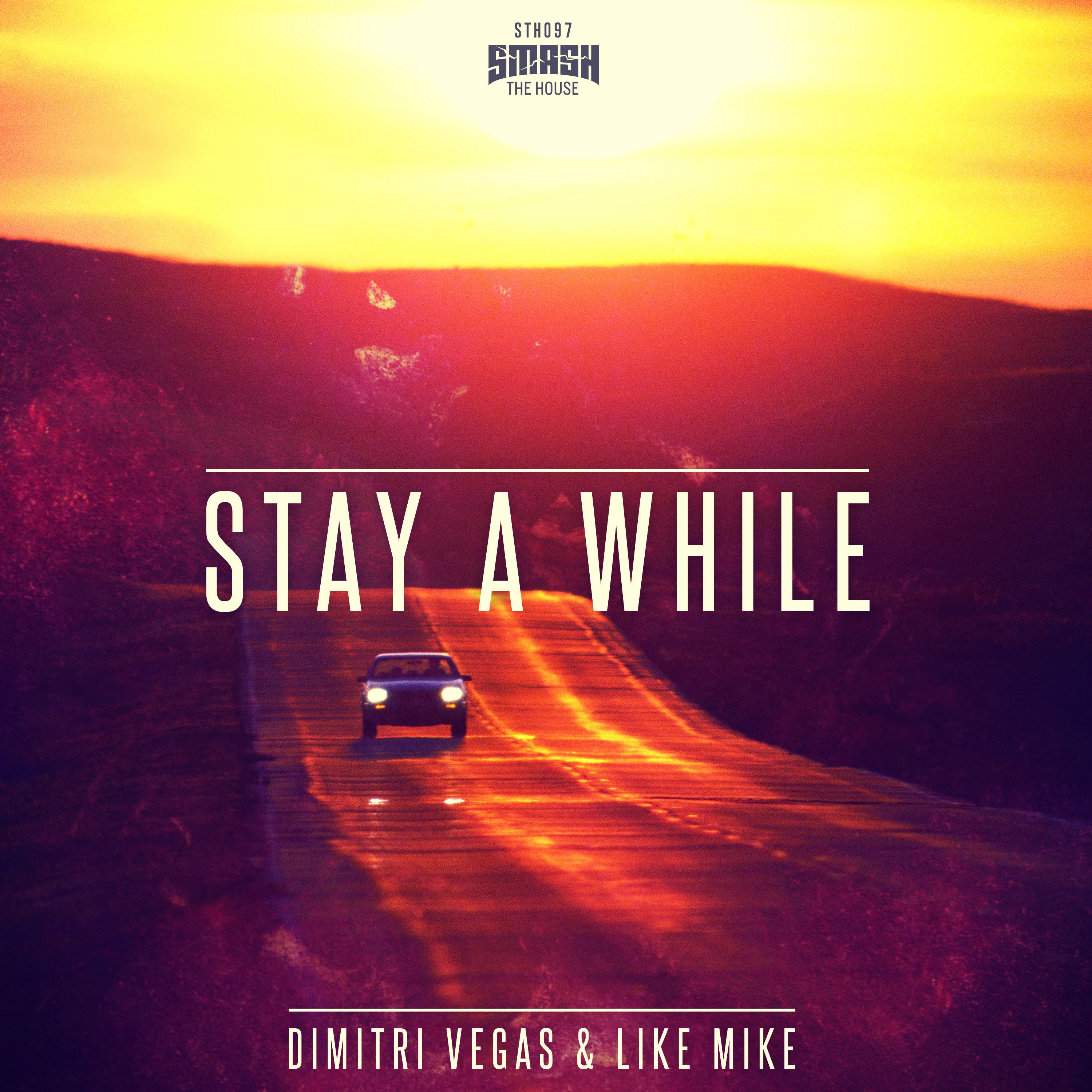 After a string of high profile releases so far this year, the #1 DJ’s on the planet Dimitri Vegas & Like Mike announce their next ticking time bomb ‘Stay A While’, ready for an explosion across the main stages of Tomorrowland and beyond this summer.

Since the overwhelming response from the Billboard Dance Club Chart #1 ‘Higher Place’ last year, achieving worldwide success with over 30 million Spotify streams, over 15 million YouTube views as well as a live performance on the Sports Illustrated Swimsuit 2016 reveal, the 2 time IDMA- winning duo have proven that quality control in the industry brings the most success. Introducing the peak-time stomper and official Belgian Red Devils Euro 2016 anthem ‘Melody’, also via Smash The House, their domination of the dance music industry seems to show no signs of slowing down.

‘Stay A While’ is set to prove why the duo are black belts in both the studio and on the stage. ‘Stay A While’ is included in the official aftermovie of Tomorrowland Brasil and is the most anticipated track of the moment, with piano-driven, melodic grooves that allow Mike’s shimmering vocal to take centre-stage, before the sunshine-primed beat keeps the party- ready energy flowing whilst taking a step away from their usual bass-heavy drops. ‘Stay A While’ proves that Dimitri Vegas & Like Mike can remain Kings within the current electronic music climate and still deliver radio-ready pop anthems, that will have fans old and new singing along as the track readies itself to rule over the Summer.

Last month saw the duo take their inimitable sound across Asia’s flourishing club circuit, dominating hot spots including Hong Kong, Manila, Nagoya, Jakarta, Taipei and Shanghai, with a jam packed tour schedule taking them over to EDC Las Vegas next up, as well as a return to their Omnia residency, 2016 continues to be a rollercoaster journey for the pair.

As well as their huge chart dominating releases, Dimitri Vegas & Like Mike prepare to continue on the debauchery of their House Of Madness parties at Ibiza’s Amnesia super club, with their first killer event kicking things off June 26th as Nicky Romero, W&W, Steve Aoki, Armin Van Buuren, MATTN and Wolfpack all come along for the ride, expect rib-rattling anthems and wall-to-wall mayhem across 12 insane weeks.

Make sure you grab ‘Stay A While’ on iTunes, Beatport or stream via Spotify, Apple Music and Deezer NOW via Smash The House and House Of Madness final tickets are available