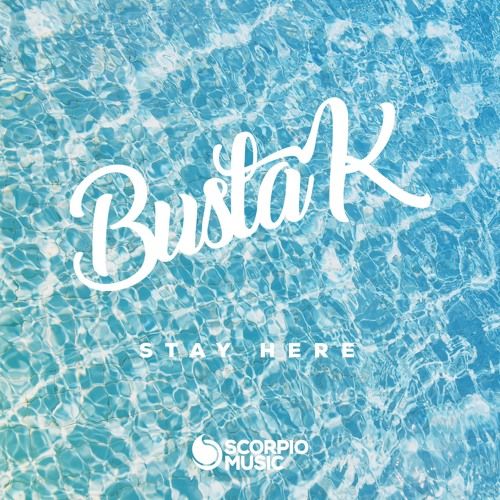 Young Parisian producer Busta K has made a name for himself with his huge bootlegs of Galantis and Disclosure (over 200,000 plays combined) as well as official reworkings for Bob Sinclar and Phil Fuldner. He now lands on Scorpio Music with the feel-good anthem Stay Here, ready to dominate dancefloors all summer long.

Beautiful female vocals glide over muted synth chords in the intro before galloping tribal percussion starts to pick the energy up. An infectious horn riff filters out of the depths of the track ready for the drop, slamming in hard in tandem with breezy piano chords and slick beats. It’s fist-pumping stuff that’s built to soundtrack a million holiday and festival moments across the globe and continues Busta’s fine run of form of making great house music.

He tasted success at an early age, with his first release and a set at Paris’ legendary TechnoParade coming at just 15 years of age. His remix of Bob Sinclar’s Someone Needs Me will soon be released and has been going down a storm in the legendary French star’s sets of late. With so much going for him, Busta K looks set to be a seriously big name in the future.

Stay Here is out now via Scorpio Music.

Get your copy here!