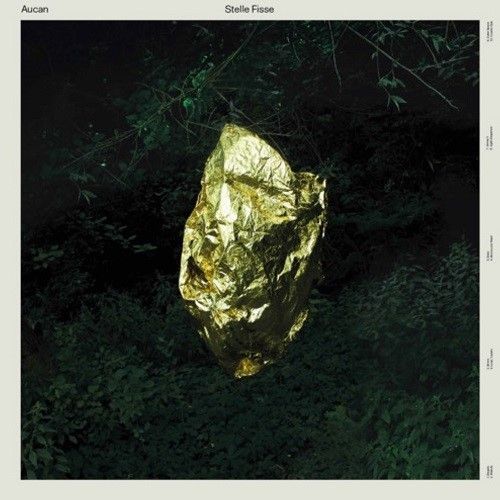 The Italian trio, comprised of Jo Ferliga, Franceso D’Abbracio and Dario Dessano,  have been making waves with their unique brand of minimalist post-rock hypnotic rhythms and dark tones for the last couple of years. Having shared stages with the likes of Matmos, Chemical Brothers and Fuck Buttons in over 300 live shows, the group has become known for using exclusively live hardware for their distinctive live performances.

‘Stelle Fisse’ – meaning ‘fixed stars’ – lives up to its cosmic name, by delivering a supernatural out-of-space ambiance, conceptualizing “a symbol of the permanent things in life, points of reference that never more away”.

The ominous tone for the record is set by the opening track, the aptly named ‘Disgelo’, meaning ‘thaw’ in the group’s native tongue, which builds slowly with echoing synths, haunting vocals and slow repetitive percussion. In Aucan’s own words; “Hibernation time is over.” ‘Errors’, one of the powerful standout tracks of the album, described by the band as “schizophrenic”, changes from the A rhythmic portion to a B chord pattern, creating a dark and powerful dialogue. This is followed by the lighter ‘Loop/Layers’, created on a rainy city afternoon to feature a dissonant modular sequence and a reverberated drum machine, both of which were added on the fly during mastering, contributing to the rave-like atmosphere of the track and acting as a testament to the organic way that Aucan allow their music to develop.

The album’s midway point is marked by the Clash-premiered ‘Disto’, who described the track as ‘furiously imaginative’, with the fusion of live instrumentation and electronics blurring the line between man and machine. The album is rounded off with penultimate track ‘Outer Space’, a fitting ode to the album’s title that alludes to “the idea that outer space has been walking with us during the making of the album”, and LP closer ‘Cosmic Dub’. Representing Aucan’s take on ‘dub-techno’, ‘Cosmic Dub’ once again proves the band’s perseverance has paid off, creating a balanced track that only formed after “infinite discussion about the length, the beat, the melodies, the edit.”

With the band’s post-rock experimental-electronic tones staying true to the album’s galactic theme, ‘Stelle Fisse’ is truly an outer space opus: one which is set to cement the group’s already stellar reputation with its 20th November release.