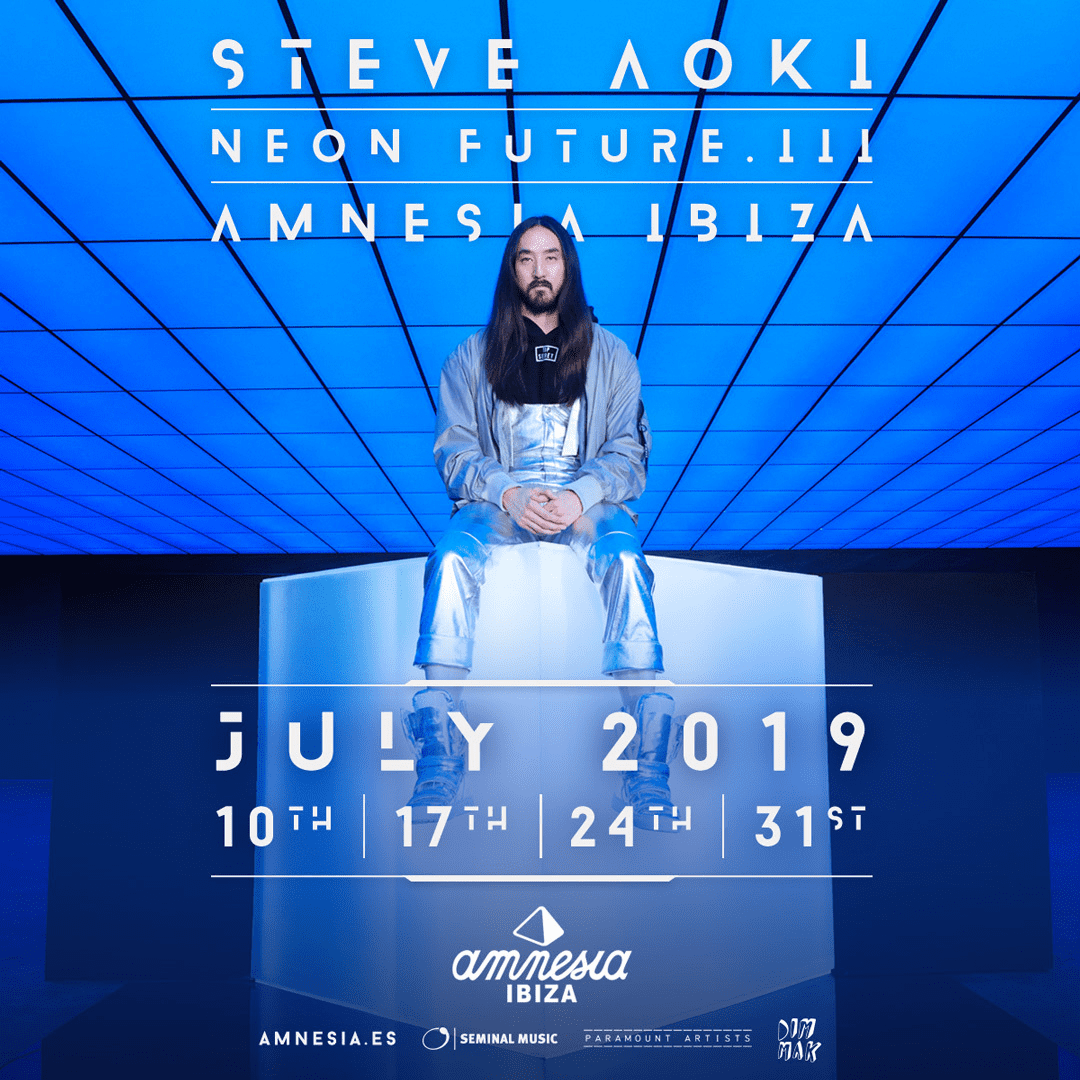 Two-time Grammy nominated DJ and Producer Steve Aoki has today announced his first ever residency at one of Ibiza’s most legendary clubs, Amnesia, throughout July.

Taking place on 10th, 17th, 24th and 31st July, the residency follows the release of his latest album Neon Future III,  and current world tour, which saw him take on a sold-out Brixton Academy in  London. Aoki is no stranger to the White Isle club scene, however this will be Steve’s first official residency since 2017 so fans will be able to expect a huge show.

Arguably the most quintessential of Ibiza clubbing experiences, Amnesia has long been the backdrop for some of the island’s most unforgettable clubbing moments. Two massive rooms – the Club Room, a dark, cavernous cauldron, and the Terrace, an expansive arena with a glass roof that is flooded with light when the sun rises – are guarded by the notorious Amnesia ice cannons that could strike at any time – an environment perfect for Aoki’s larger than life live show.

Of the residency, Steve said “After having residencies at Pacha in 2015/16 and Ushuaia in 2017…. I’m thrilled to announce my new residency at the legendary Amnesia Club in Ibiza. I will be bringing the party on Weds nights in July to the Island with some very special guests joining in the mayhem of Neon Future III”