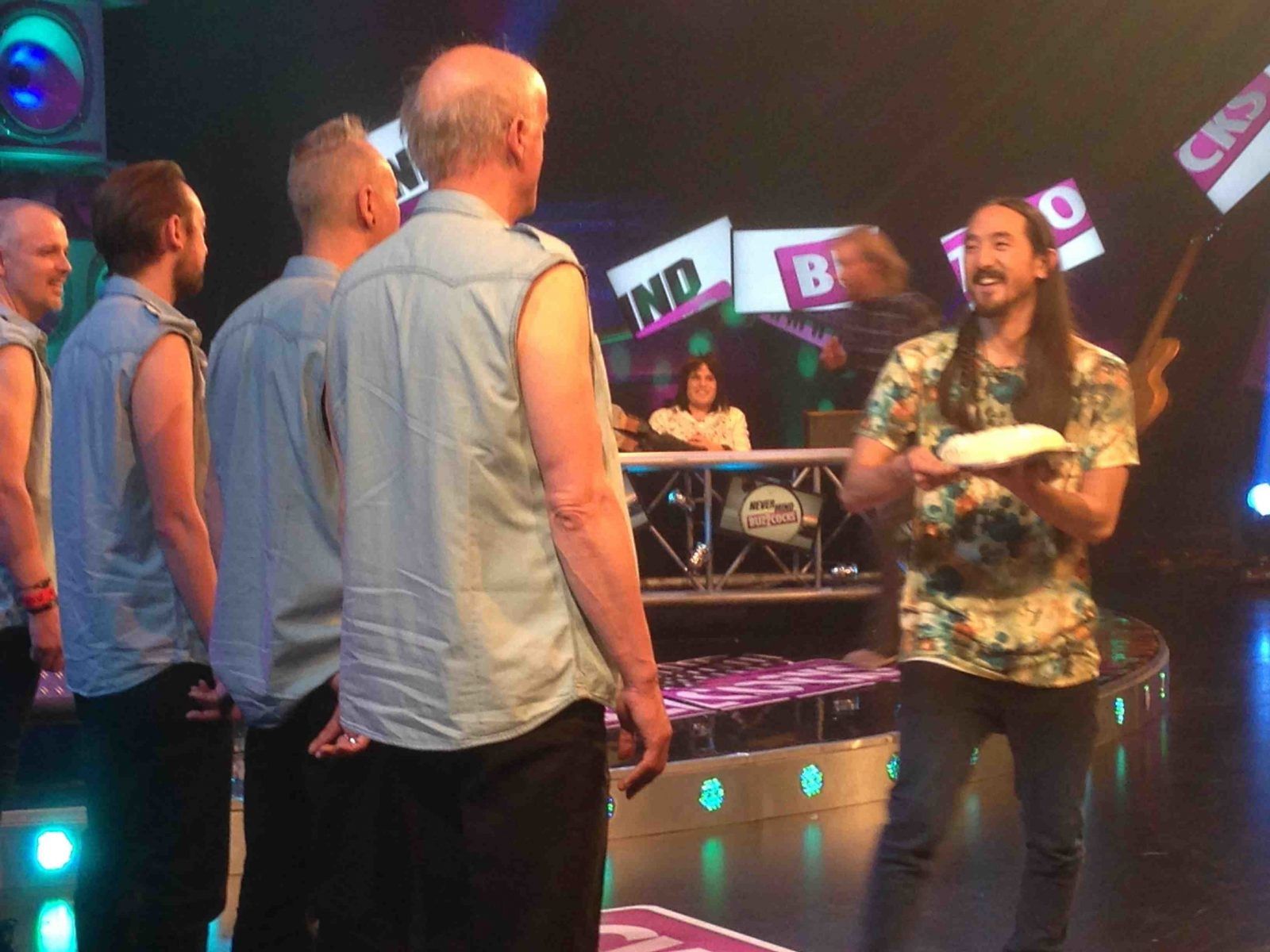 The episode sees Steve on the show alongside host Rhod Gilbert and regular team captains Noel Fielding and Phill Jupitus, plus actress Yasmine Akram, comedian Bobby Mair and singer Rumer. Ending in a massive cake fight, the episode was described by the producers as ‘the best recording of the series’.

Steve Aoki’s recent time in the UK has also been documented in an exclusive ‘On The Road’ tour diary, in which Steve took in studio time with Tinie Tempah, High Tea at the legendary Savoy Hotel and a host of TV interviews. “There were some really crazy, bizarre moments that I never expected”, Steve explains,  “It was a journey!”

Steve Aoki’s new album ‘Neon Future I’ is out now.