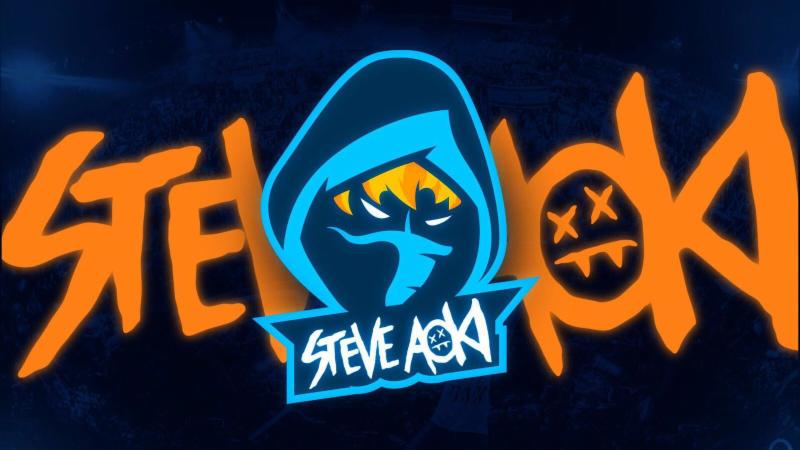 During his performance at TwitchCon: The Party 2016 this past Saturday, October 1, STEVE AOKI announced his ownership in the Las Vegas eSports organization, ROGUE. The news also comes alongside the release of AOKI’s NEXUS2 sample pack sound library and Dim Mak’s New Noise imprint announcing a copyright free model that will allow the budding community of Twitch gamers and amateur YouTube content creators to use New Noise music in their videos and live streams with ease. Via a newly minted YouTube channel dedicated to New Noise, Twitch gamers and aspiring YouTube stars alike can now browse, discover and download New Noise songs to use in their video content sans purchase or fees, all in exchange for linking back to the artists and their music.

“I game on Twitch, I stream music on Twitch, and I played TwitchCon, so I’m beyond excited to take this next step with gamers. Giving the Twitch community unbridled access to this great music we curate for the New Noise imprint is part of Dim Mak’s ongoing mission to promote new artists and new sounds." – STEVE AOKI

Having been a lifelong gamer, STEVE AOKI became determined to build an eSports team after his experience at PAX East in April of this year, where he was invited to participate in a Street Fighter V exhibition match.  He has been involved in eSports since his first introduction to Tswitch after having hosted the platform's first non-gaming livestream, his performance at Pacha in Ibiza back in 2015.

STEVE has streamed online with both celebrities and professional eSports players at his Dim Mak production studio in Los Angeles.

After searching for a team to become involved in, STEVE AOKI identified ROGUE, a young organization based out of Las Vegas, NV, managed by a team of eSports veterans.  This provides STEVE AOKI the opportunity to have hands on assistance in strategic management and brand development, while partnering with an organization that already has the experience and knowledge required to run a successful eSports team.  STEVE AOKI plans on combining his history of success across multiple industries with ROGUE’s eSports acumen to help establish ROGUE as a premier global eSports organization and brand.

ROGUE has achieved early success as an organization, and is primarily known for its breakout performances in the professional Overwatch scene as the European powerhouse who has won several LAN tournaments, including Takeover and the international Atlantic Showdown at Gamescom.  The team just placed third last week at ELEAGUE, and now faces a heavy tournament schedule this winter, traveling back and forth between Asia and North America until December.  ROGUE will be looking to have STEVE AOKI play a supportive role in the Overwatch team’s continued success, as well as helping the organization to develop its newly acquired CS:GO team, which boasts a roster of seasoned veterans and highly skilled up and coming talents currently competing with an impressive undefeated record in ESEA Premier.

The STEVE AOKI NEXUS2 Expansion opens the fantastic library of banging electro tools from one of the most successful electronic artists of our time.  Over 170 of the best club sounds from drum patterns to FX made for the dance floor are now just a few mouse-clicks away to any music producer.

NEXUS2 is a software synthesizer/ROMpler that is used by thousands of musicians worldwide every day to create the next big hit. It has a very easy to use interface and even beginners can get impressive results due to it's "ready-to-go" presets.  It's frugal use of CPU and RAM make it ideal even for big productions. Expansions, like the one from STEVE AOKI, are extra presets and samples for Nexus2. These added presets make new sounds and phrases available to the user.

About STEVE AOKI
STEVE AOKI is a Grammy-nominated international producer/DJ, electronic dance music entrepreneur, and founder of the trendsetting record label, events/lifestyle company and apparel line Dim Mak. Since launching in 1996, Dim Mak has broken bands such as Bloc Party, The Bloody Beetroots, Klaxons, and The Gossip through deftly marketed single and full-length releases and now has nearly 500 releases to date. As a solo artist, AOKI has become a force of nature averaging over 250 tour dates per year. AOKI's second artist album NEON FUTURE I, was released September 30, 2014 via Dim Mak/Ultra Music and features his Gold certified single "Delirious (Boneless)" with Chris Lake and Tujamo featuring Kid Ink, "Born To Get Wild" featuring will.i.am and "Rage The Night Away" featuring Waka Flocka Flame. The second part of his Neon Future album, NEON FUTURE II, was released on May 12, 2015 and features collaborations with Linkin Park, Matthew Koma, Snoop Lion, Rivers Cuomo and NERVO, plus a very special appearance by creative genius J.J. Abrams who voices the outro to close the album.  AOKI's other current tracks include "How Else" featuring Rich The Kid and iLoveMakonnen, "Back 2 U" with Boehm featuring WALK THE MOON–which is smashing on the streaming front with over a million Spotify plays per week since its release in May and has been added to many Top 40 radio stations including Y100 in Miami-plus "Can't Go Home" with Felix Jaehn featuring Adam Lambert.   Steve Aoki is also the featured subject of the Netflix Originals documentary I'll Sleep When I'm Dead, out now.