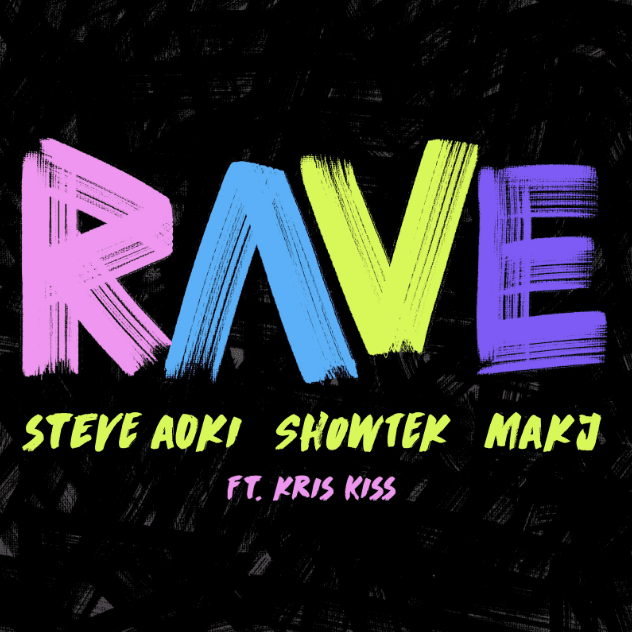 EDM titans Steve Aoki, Showtek and MAKJ join forces in the name of “RAVE” on one of the year’s most-anticipated releases.

Kicking off with a party-starting call to arms from London-based Kris Kiss (“It’s time to start the party / it’s time to misbehave…”), “RAVE” is a full on banger. Big buildups and euphoric electro drops serve as the backbone to the all-star collaboration set to soundtrack festival stages this summer.

Steve Aoki has previously collaborated with MAKJ on “Shakalaka” and with Kris Kiss on 5OKI single “Anthem”.

“This is the anthem for the summer!” exclaims Steve Aoki. “Super fun, super rowdy, this record is for our community…our world. It’s for us all to let loose, go crazy and rave!! I’ve wanted to make a song like this for a while and it made the most sense with Showtek and MAKJ and the vocal stylings from Kris Kiss. Let’s all rave!!”

“This song was a long time coming,” states MAKJ. “It started with a vocal sample of the Beastie Boys song “Fight For Your Right” but we couldn’t clear it and slowly it evolved into RAVE.”

Steve Aoki, the two-time Grammy-nominated producer/DJ is one of today’s most successful American cross-genre artists, collectively counting 1.5 billion music streams on Spotify, with an additional 2 billion music streams on YouTube. As the founder of the trendsetting record label, events/lifestyle company, and apparel line Dim Mak Records, which he founded in 1996, Aoki has helped launch the careers of global acts like The Chainsmokers, Bloc Party, The Bloody Beetroots, The Gossip, and The Kills, among many others. Dim Mak today counts more than 1,000 official releases from the biggest acts and most buzzing newcomers across EDM, indie rock, hip-hop, and beyond over its two-decades-plus discography. As a solo artist, Aoki boasts a lauded discography that includes: Wonderland (2012), his debut solo album, which garnered him his first-ever Grammy nomination for Best Dance/Electronica Album; the Neon Future series, which includes Neon Future I (2014, certified gold by the RIAA), Neon Future II (2015), Neon Future III (November 2018) and the hip-hop centric Steve Aoki Presents Kolony (2017). Recognized by Forbes as one of the top 5 world’s highest paid DJ’s and the world’s hardest working DJ, Aoki is “one of the most in-demand entertainers in the world” (Billboard), counting more than 250 tour dates per year, with past performances at nearly every top festival around the world including Coachella, Ultra Music Festival, Lollapalooza, Fuji Rock Festival, Tomorrowland, Electric Daisy Carnival, and more. In 2012, Aoki founded THE AOKI FOUNDATION, which primarily supports organizations in the brain science and research areas.

Showtek is the globally-celebrated Dutch production duo composed of brothers Wouter and Sjoerd Janssen. They have dominated the international music industry with their melody-powered hooks, beat-heavy songs, memorable anthems and high energy performances. Initially, Showtek launched their career in electronic music as Hardstyle DJ/producers with undeniable success. Today, Showtek is recognized as undisputed leaders within the electronic dance music genre, boasting platinum-selling, chart-topping singles heard around the world. Over the past two years Showtek has become more than an act. They’re a movement brought together by the producer duo and their fans. United by a love for music, excitement artistic freedom and adventure.

MAKJ—real name Mackenzie Johnson—was first exposed to DJing as a teenager racing cars professionally in China, and upon his return to the United States after two years abroad, he was determined to learn the craft for himself. MAKJ taught himself the basics thanks to YouTube and a set of used turntables, and after joining Los Angeles’ Icon Collective production school and learning to mix records from the late, legendary DJ Am, Johnson embarked on a series of successful collaborations with some of the hottest names in the DJ and EDM world, including Hardwell (“Countdown – Original Mix”); Lil Jon (“Let’s Get F*cked Up,” 2014); the Bassjackers (“Derp,” 2014); Andrew W.K. and Timmy Trumpet (“Party Till We Die,” 2016); (Steve Aoki, Deorro & Max Styler (“Shakalaka,” 2018); Deorro and Quintino (“Knockout,” 2018); and Juan Magan, Deorro Featuring YFN Lucci (“Muñequita Linda,” 2018). Johnson has played at some of the largest and most prestigious music festivals in the world, including Coachella, Voodoo, Electric Zoo, and Ultra. Although he remains passionate about performing live sets as an open-format DJ, Johnson has expanded into producing original tracks for other artists, developing a sound that goes beyond the EDM world in which he first gained recognition. His style focuses heavily on incorporating elements of hip-hop and other musical genres. 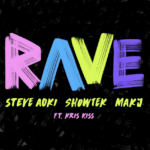