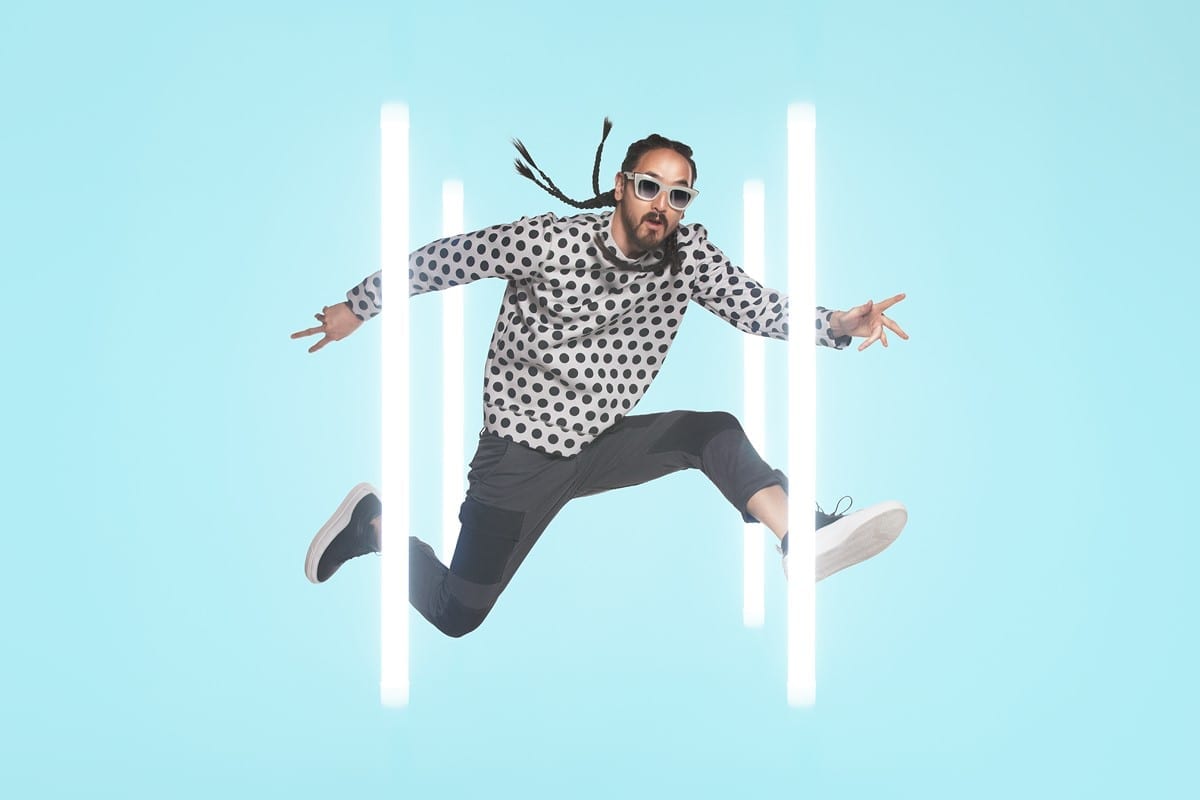 Over the last year, international DJ and music producer Steve Aoki has been releasing a steady stream of music, remixes and videos as part of his ‘Neon Future I’ and ‘II’ double-album.  Now, Aoki is amassing both albums into a special deluxe package. ‘Neon Future Odyssey’ will be released on October 2nd via Dim Mak/Ultra Music.  Along with the albums, it will include six bonus tracks – collaborations with Headhunterz, Borgore and Marnik, a brand new song ‘Titanic’ (infamously debuted at Tomorrowland in July), his popular single ‘Cake Face’ and a brand new version of his song with Moxie ‘I Love It When You Cry’, entitled the Steve Aoki Es Vedra remix.

In anticipation of his ‘Neon Future Odyssey’ release, Aoki has debuted the new single with Headhunterz ‘The Power of Now’. The hard-slinging track—titled after Eckhart Tolle’s popular book “The Power Of Now: A Guide to Spiritual Enlightenment” in keeping with the project’s futuristic theme – fuses together the distinctive studio prowess of these two artists for a heavy dance floor banger.

In other news, DJ Times magazine and Pioneer DJ are proud to announce that Steve Aoki has been voted America’s Best DJ for 2015. He will be taking over the honour from 2014 winner Markus Schulz.  While most of the fan votes were cast online at the America’s Best DJ website, the America’s Best DJ Summer Tour Presented by Pioneer DJ & DJ Times supported the contest by allowing fans to vote in-person at 20+ club and festival events, which included Las Vegas’ Electric Daisy Carnival, Detroit’s Movement Festival and Chicago’s Spring Awakening Festival.  The LA-based DJ/producer will be honoured October 11 in San Diego at the ABDJ Award Ceremony/Closing Party. For his achievement, AOKI will be presented with a special trophy – a personalized, gold-plated Pioneer DJM-900nexus mixer at Omnia Nightclub.