Soulwerk - Stuck In My Mind 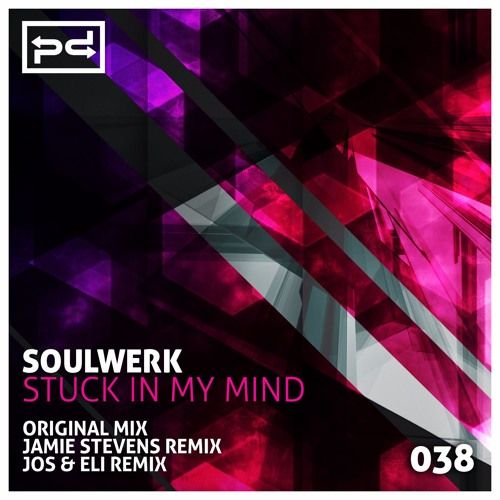 Soulwerk - Stuck In My Mind

The 38th release on Darin Epsilon's Perspectives Digital label comes from the mind of Gonzalo Luque, aka Soulwerk. ‘Stuck In My Mind’ immediately caught the label’s attention with its distinctive rolling bass groove, spacey chords, and hypnotic vocals. A talented artist such as Soulwerk deserves equally talented remixers, so completing this excellent package is an upbeat and bouncier remix provided by Australian producer Jamie Stevens, followed by a deeper rendition from Tel Aviv duo Jos & Eli.

The Soulwerk moniker is Gonzalo’s artistic vehicle to express his most intimate concept of electronic music. Based in Madrid, the young producer’s tracks have already appeared on major international labels such as Hope Recordings, Saved, Cr2, Great Stuff, Stereo Productions, and he now joins the Perspectives family. No doubt the twisted melodic throb of “Stuck In Mind” will be pricking up ears everywhere for a long time to come.

Founding member of the celebrated, award-winning electronica act Infusion, Jamie Stevens has built an impressive solo career with releases on Bedrock, microCastle, and Lost & Found. His recent collaboration with John Digweed and Nick Muir resulted in an epic techno production for the 'Versus' (Bedrock) album, while his glorious 'The Wonder of You' EP caused a massive stir, hitting No.1 on Beatport's Tech House chart. His instantly recognizable remixes, created for the likes of Hernan Cattaneo, John Digweed, Booka Shade, and Cid Inc have been no stranger to praise and support from the biggest names in the industry. Jamie’s energetic interpretation of “Stuck In My Mind” is set to be huge.

Yossi Seluk and Eli Abutbul, also known as Jos & Eli, first caught the attention of Perspectives label owner Darin Epsilon after remixing their track 'Something Else' on Asymmetric Recordings last year.  These friends have had a keen interest in music since childhood. Jos felt a special connection with the keyboards while Eli was grooving on the drums. Not long after, they began collaborating and making music together, managing to generate an enormous buzz with a series of top-notch releases on Diynamic, Sudbeat, Parquet, and Steyoyoke. Their reputation is set to grow even more with their moody, hypnotic interpretation of “Stuck In My Mind”. The future looks bright for these two with another confirmed release on Perspectives arriving early 2016.