Studio 338 Announces Huge ‘Made For Summer’ Season of Events 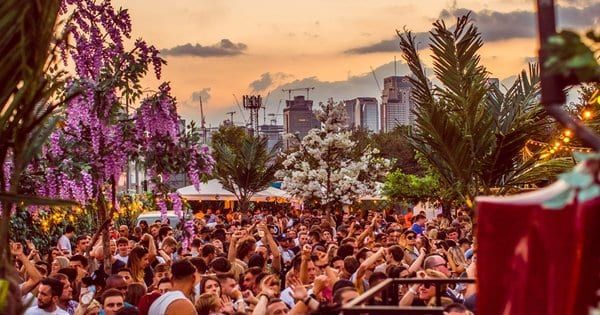 Studio 338 Announces Huge ‘Made For Summer’ Season of Events

Commencing in May, London’s Studio 338 have announced a major run of parties as part of its Made For Summer season program.

Over the past few years Studio 338 has changed the face of London’s music scene. From their cutting-edge music programming to the uniqueness of the venue – which includes one of the largest outdoor terraces in Europe – their relentless commitment to championing the very best in dance music has seen them host events from the world’s biggest and most established labels, brands and DJs.

Now widely regarded as the leading electronic music venue in London, put simply, Studio 338 is quite literally ‘made for summer’.  From the vast soundproof glass atrium which houses the venue’s main dancefloor, through to the various outdoor spaces, rooftops and gardens which surround it, the Greenwich hotspot is hard to beat when it comes to dancing from day through to night in the UK capital.

Whilst previous summers have seen some huge landmark events, 338 have upped the ante once again for 2019.  New editions include a massive showcase from the mighty Rinse FM a whole heap of world-beating DnB from Hospitality and the launch of a new brand from Studio 338 called Strange Places which will aim to explore “electronic music which is harder to define and catagorise”.

Old favourites such as Space Ibiza, Sankeys,  Home and Abode will  of course feature heavily with their ever popular  all day and night parties.  Those who frequent 338 regularly will know that the venue has a tendency to sell most shows out in advance and so its advised that dance fans keep their eyes peeled for sign ups and ticket releases in the coming weeks.

Studio 338’s Creative Director Dan Perrin says “Summer is always a really exciting time here.  We have never seen ourselves as a nightclub but rather as somewhere people can enjoy music throughout the day and night. This is something we have always kept in mind as we have developed the space and you can really see this come to the fore in the summer months.

“This year we have added a number of events I am really passionate about including Rinse, which has been a huge influence on me for many years and a new one from us called Strange Places which has perhaps my favourite line up ever attached to it.  Home returns with a solid crew of new-wave minimal pioneers and we have some huge productions coming in with the likes of Space and Sankeys.  Going to be another big one in Greenwich.”

For more information about the Studio 338 Made For Summer series, head to www.studio338.co.uk/summer