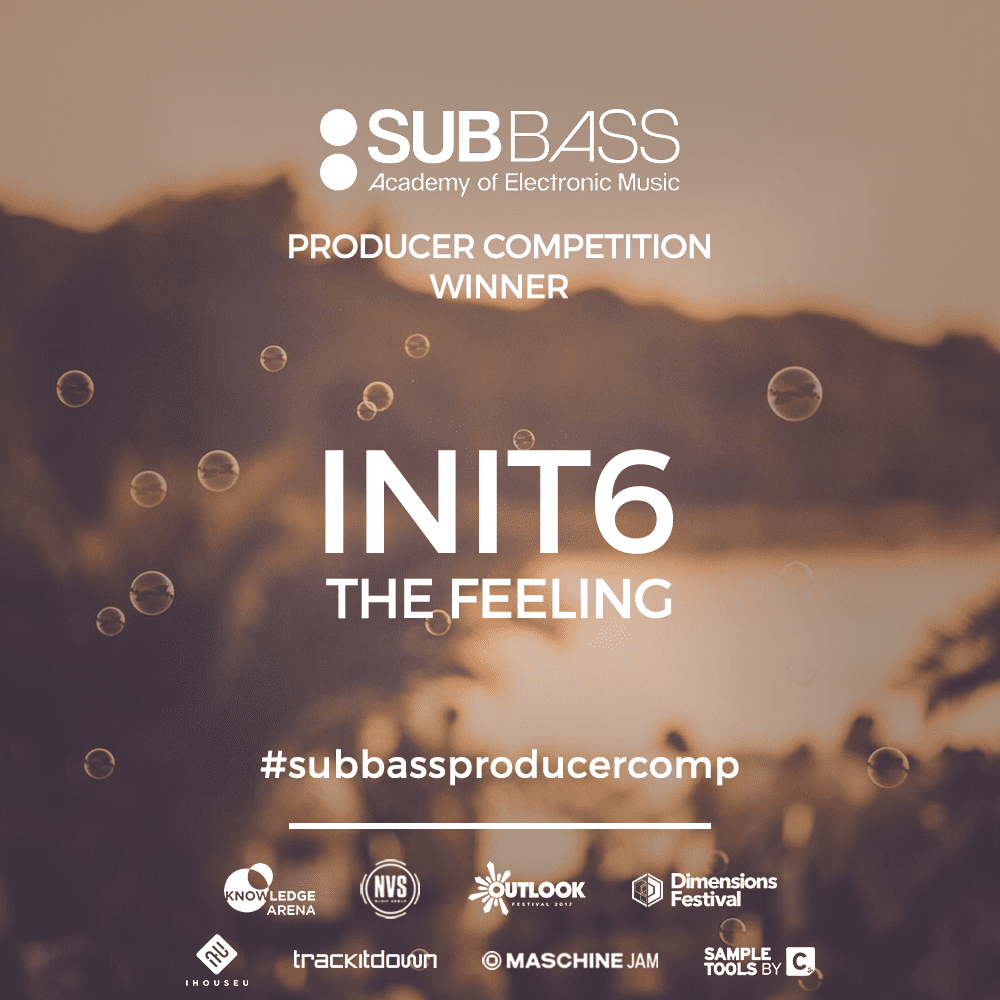 SubBass Academy of Electronic Music recently ran their SubBass Producer Competition and the results are in! They have chosen INIT6’s winning techy breaks production, a true standout festival banger – perfect for @OutlookFestival, in The Moat, at around 11:30 – midnight!

BIO:
INIT6 is the new project of Davide Girotto, resident DJ of the TRASH-DANCE party and producer in his spare time. Devoted to the UK bass music, in his sets skillfully blend, garage, techno, dubstep and grime, a mix that during his path led him over some of the most important stages of Italy: from Magnolia in Milan to More Festival in Venice, through Turin, Padua, Genoa, Rome and Florence.

SUBBASS PRODUCER COMPETITION:
The SubBass Producer Competition invited producers from around the globe to choose a festival (@outlookfestival, @dimensionsfestival), a stage (The Moat, Mungo's Arena or The Beach Stage), a time and make a track! We had some excellent entries from all around the world including Italy, the Netherlands, Germany, USA, Croatia, the UK and many more!
MORE INFO: www.subbassdj.com/blog/subbass-producer-competition

RUNNERS UP:
Along with the winner INIT6 we chose 4 runners up to attend a mastering and feedback session at SubBass Academy in London. Check the runners up here: www.subbassdj.com/blog/subbass-competition-winners-announced

ABOUT SUBBASS ACADEMY OF ELECTRONIC MUSIC:
SubBass is located in Central London and has been teaching and forging careers for DJ's and Producers for over 14 years. SubBass Academy of Electronic Music is a DJ, music production and specialist music academy with amazing fully equipped studios located in Westminster, the heart of London. They offer a full range of DJ, Music Production and Specialist courses to suit everyone from the beginner to those who are more advanced and want to refine and broaden their skills. Whether you’re looking to launch your career as a DJ or Music Producer or learn for your own enjoyment, there is a course suitable.