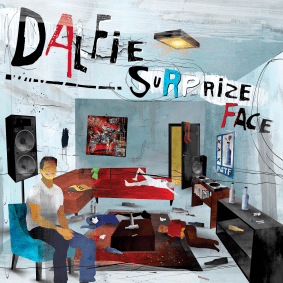 Glasgow’s Dalfie returns to Gruuv this February to deliver his ‘Surprize Face’ EP, with a remix courtesy of fellow label alumni Whitesquare.

A favourite within his home city for over a decade, holding regular slots at infamous institution The Arches and more across the early part of the millennium, Glasgow native Dalfie burst onto the scene in 2015 following his production debut on Glasgow Underground, with releases to date on the likes of Pets Recordings and Posterboy quickly finding a vast array of supporters including Nic Fanciulli, Skream, Guy Gerber, Tiga and Dusky. Having originally made his label debut on Audiojack’s Gruuv imprint back in 2017 with his ‘Lunar City’ EP, the Scottish talent now returns with his ‘Surprize Face’ EP set for release in early February, accompanied by an impressive remix from Italian producer Whitesquare.

Lead track ‘Surprize Face’ opens the package, as rich melodies meet refined percussion arrangements and captivating builds and breaks, before ‘Watch The Line’ raises the energy, incorporating soaring synths within the productions infectious rolling groove. Next up, ‘On Track’ takes cues from the two previous tracks to unveil impactful, driving lead lines and crisp, organic drum shots, whilst Whitesquare’s remix of the title track pairs things back to lay the focus on serene, blooming melodies and soothing atmospherics.