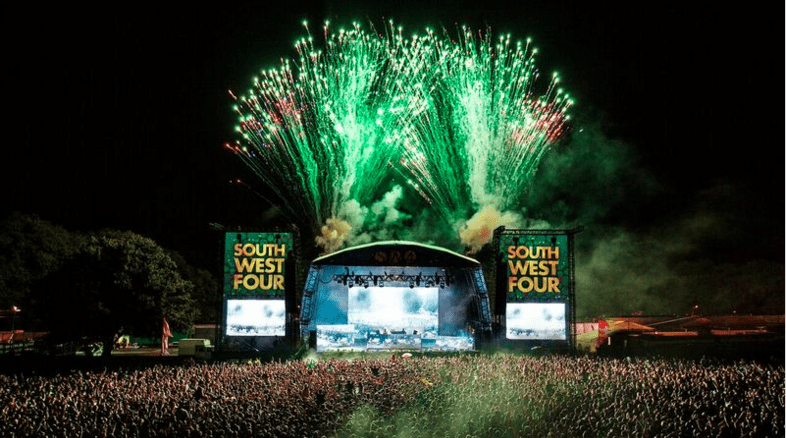 After stamping their authority at SW4 with a full-blown assault of the senses at 2013’s 10th Anniversary, we’re extremely excited to announce the undisputed Kings of Bass, the mighty Knife Party, will return to SW4 for the first time in three years to headline our brand new Live stage. Armed with a trademark selection of uncompromising dancefloor weaponry, the electrifying duo will descend on South London to deliver an avalanche of mind-crunching carnage and non-stop anarchy they have become globally renowned for.

Saturday 27th August will mark their first return to London after delivering the most talked about performance to take place in the capital in 2015. Halloween saw them send shockwaves across the city by unveiling ‘The Crow’; an incredibly detailed production set-up in which Rob Swire and Gareth McGrillen devastated a sold out Brixton Academy. Now ready to spread their wings once again, Knife Party have confirmed that ‘The Crow’ will exclusively land on Clapham Common this summer. Topping the bill at 2016’s inaugural SW4 Live stage, this gargantuan festival highlight will bring a whole new level of performance and surpass all that has gone before them.

Celebrated as one of the world’s most sought after acts, selling out countless international arenas in the process, their fiercely produced beats are in a league of their own. November 2015 saw them stun the electronic community once again with the release of their traumatic EP ‘Trigger Warning’, a four-track violation of traditional club rules, ascending their profile into dance music stardom even further. Returning to us with an endless plethora of electro, house, dubstep, drum and bass and everything in between, their daringly eclectic mix bodes well for an unmissable summer headline performance.

Meanwhile the latest phase of announcements brings the highly select addition of six cutting-edge computer composers to Sunday, topped by the always coveted and spellbinding Four Tet. No less ascendant in their careers are acts including the breakthrough Bakermat, who brings his heart-stealing and atmospheric House. So too comes a captivatingly imaginative live show from the enigmatic Damian Lazarus & The Ancient Moons. After leaving their mark permanently on Clapham Common, Faithless’ Sister Bliss returns to cement her stratospheric status as SW4’s Queen. Finally, Fritz Kalkbrenner promises a master mix from a true mastermind while Maribou State prove they can compute something truly celestial, as idyllic as their surroundings.

From returning icons, exclusive debutants, sought-after live acts, landmark reunions and very special one-off performances, SW4’s colossal line-ups have helped the festival evolve into one of Europe’s leading electronic music events. This abundantly evident in a generous hoard of headliners, with Saturday under wraps in Knife Party joining Rudimental and Dizzee Rascal, whilst Chemical Brothers and Above & Beyond forcefully wrap up Sunday.

HOSTED BY TOGETHER, RAM, WELCOME TO GORGON CITY AND SW4 LIVE