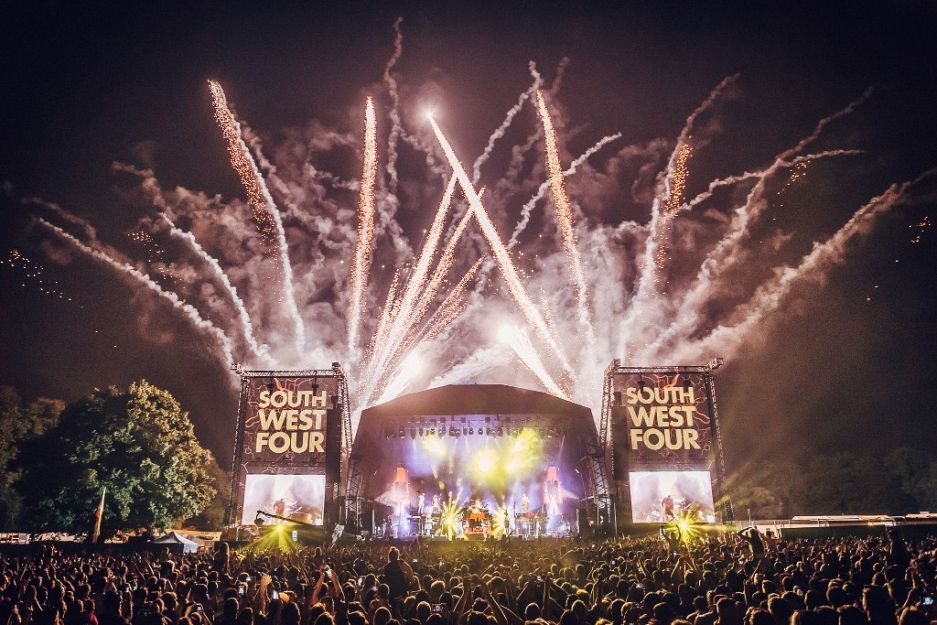 Back by popular demand after a year’s hiatus, The Gallery arena returns to South West Four on Sunday 27th August to present a majestic line-up which forms the culmination of the night’s landmark 22nd birthday celebrations. This much loved stage is set to re-create the carnage from its namesake event held every Friday at Ministry of Sound and will highlight The Gallery’s on-going reign as London’s longest running weekly club show, plus global status as clubbing institution.

Purposely conceived with the outdoor festival domain in mind, The Gallery stage at SW4 will showcase a diverse range of genres to specifically represent The Gallery’s unwavering ethos. So rest assured this year’s return will affirm The Gallery as an essential part of not only SW4 but the whole of summer, with an uplifting soundtrack and typically friendly crowd to form everlasting memories for the whole festival season.

After December’s Camden Roundhouse show cemented Gareth’s legacy within London, we welcome Garuda’s cherished label ambassador back to SW4 for the first time in four years. Latest release ‘Saving Light’ recently topped the main Beatport chart – and being the first trance track to achieve this in over FIVE years, the scene is set for Emery’s performance to show big love to this magical genre. Expect teasers of new label material, which Emery has exclusively earmarked for Clapham Common, plus those obligatory classics such as ‘Exposure’ and ‘Mistral’ which The Gallery faithful always demand.

Having last visited London for The Gallery Xmas party at Ministry of Sound, this impassioned atmosphere from a sell-out show will be intensified for our outdoor stage – as Nicky brings his big room house and electro for the Big Top of South West Four. Honing extensive experience headlining Tomorrowland, EDC and Ultra amongst the world’s flagship festivals, to curate a performance especially conceived to thank Gallery fans for their support down the years. Since making a UK debut with the night in 2008, Romero has never neglected his roots in London and this will be a celebratory homecoming.

From opening for Madonna in Poland to Burning Man and the Great Wall of China, these are just some of Paul’s self-confessed proudest moments! However as the old adage goes, ‘there’s no place like home…’ So it’s with immense pride SW4 welcomes back our very own London lad, who always saves his best for returning to The Gallery. Part of the family ever since the night’s fledgling year in 1995 and more recently choosing Ministry of Sound in 2015 to celebrate ‘25 Years Of Perfecto Records,’ Paul regards representing The Gallery at SW4 this summer a personal milestone.

After a six hour solo set at The Gallery in February, Markus steps up from ‘open till close’ at Ministry of Sound to the open air of Clapham Common, the magnitude of this special occasion increased with news Markus will perform as much loved alias ‘DAKOTA.’ The identity under which his productions are most revered, it allows Schulz to showcase a sound darker and more intense – amplifying tougher melodies which are a current trademark whilst still retaining their uplifting properties. Tailor made for nightfall as the musical pace picks up, this is the Markus Schulz signature sound and sure to convert any who may be unfamiliar. Markus will also bring a bespoke DAKOTA production rig designed especially for South West Four along with custom and immersive visuals, all combining to form a set up with Markus befitting of the SW4 main stage itself!

It’s a sign of Ferry’s continuous development that after a career spanning two decades, his most recent London shows are considered most defining. Performing under alias ‘GOURYELLA’ at Brixton Academy towards the latter end of 2016 – plus beginning this year with a capacity Ministry show, fans were treated to performances which will forever be remembered. Combining anthems ‘Ligaya’ and that 1999 remix of Binary Finary with an abundance of new track IDs, SW4 2017 will witness Corsten not only acknowledge his status as innovator within this scene, but lay claim to spearheading the movement for a further twenty years

Prepare to rock those ‘double Ls’ for London, with Luke’s inimitable take on electronic music which is eclectic but always energetic! Exactly the ethos of Luke’s own imprint ‘Mixmash Records,’ this name implies sounds from funky through to harder elements of house music influenced by early beginnings as a techno artist. Of course all tailored to the Al Fresco environment of our unique festival setting, to have The Gallery tent bouncing and bulging at the seams! Playing SW4 for the first time since 2013, this inaugural invite specifically for The Gallery arena deems this a must for all music lovers.

Countless album parties, signing sessions and voyages on the River Thames! Nic and Bossi share an unprecedented affinity with The Gallery and personally credit the night with a pivotal role in achieving their iconic status. However there is no better time to catch the duo in action than at SW4, with new album ‘Materia’ smashing all charts in worldwide territories and spawning a bus tour across America befitting the country’s famed rock stars! Plus with the hype leading to over 1 million Spotify streams for track ‘Fall Into You,’ expect it to receive a vociferous reaction on the day

Andrew and Ilan have shared the Gallery stage together many a time now, gradually building their profile with consistent releases not conforming to any particular genre. Hence indicative of a wide ranging style that is always orientated towards the dance floor, it’s led to the pair becoming a mainstay of the Anjunabeats roster – and two representatives heading towards the stature of label founders Above & Beyond themselves. After a B2B performance at last year’s #ABGT200 showcase in Amsterdam, playing this twenty thousand capacity arena will serve as great practice for SW4’s forthcoming celebration of the Anjunabeats sound.

PURCHASE YOUR SW4 SUNDAY TICKET FOR ONLY £52.50

Thousands of SW4 devotees have already secured their ticket with the demand for this year’s Clapham Common extravaganza being higher than any of us had expected!

£52.50 SW4 Sunday tickets are selling at a rapid rate and today’s announcement will only see the interest in the second day of SW4 intensify so make sure to secure your ticket today!

For the first time in our history, we will be offering a deposit scheme where you can secure yourself a weekend or day ticket for only £20! These will work out more expensive than buying in one go but will allow you to be more flexible with your payments. This will involve a very simple 3-step process for each ticket type. However, this very special offer will expire on Wednesday 1st March so you don’t have long to take us up on this offer!

If you are yet to secure your ticket for the 14th installment of SW4, make sure to join the thousands that have already by visiting www.southwestfour.com

SW4 LINE UP SO FAR