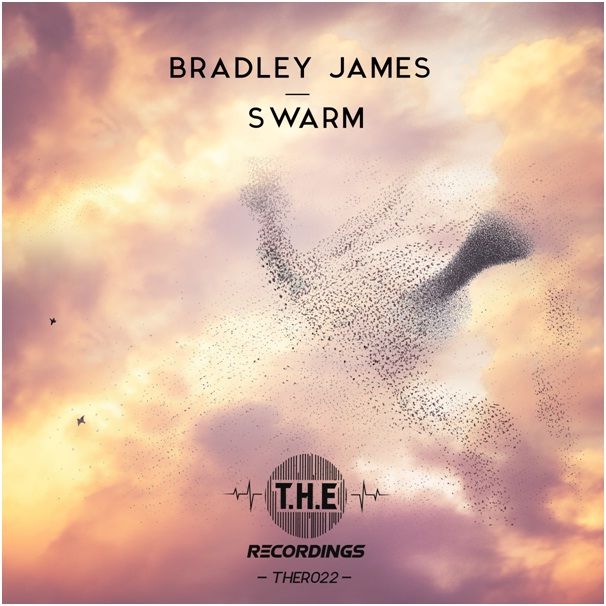 ‘Swarm’ is Bradley James’ return on T.H.E – Recordings, following his successful project ‘Akula’. The Staffordshire based talent has had an extraordinary 2015, putting himself on the map as an artist to watch out for in 2016 and he’s certainly living up to the expectations.

Following his debut single ‘Charger’, released by Matchbox Recordings, Bradley James has managed to get on the radar of BBC Introducing, whilst he’s put his signature on top-notch material such as: ‘Visionary EP’, ‘Groseille Remix’, ‘Caiman’, ‘Amnesia / Taipan’, ‘Lynch’, ‘Infinity’, ‘Breakthrough’, ‘Fire’, ‘Akula’ and his latest banger ‘Tommy Gun’. Building upon a successful 2015, Bradley James is now starting 2016 with a bang, offering his new Electro House wonder ‘Swarm’.

Staring off with a solid four-on-the-floor kick pattern, ‘Swarm’ quickly introduces its deep vibes. An infectious melody takes over, whilst an array of effects head into a massive Electro style drop. Heavy grooves, subby elements and a memorable melody characterise the chorus, whilst the track transcends into a darker breakdown. Bradley James builds up the single once more, offering variations on the main theme, whilst devising another much awaited drop, before closing off with a punchy kick-led ending.

Bradley James’ ‘Swarm’ is his second release on India based imprint T.H.E – Recordings. Founded in 2015, T.H.E – Recordings has established itself as a launching pad for some of the finest up-and-coming talent around, seeking “the best from the best”. Bradley James is certainly fitting within this ethos and has once again joined the T.H.E – Recordings family, blessing their roster amongst stellar names like: Bass Clingers, Blame Adam, Dubtronic, Aj Sam, Varun Marwah, Onomatopoeia, Dot & Dash, Impera and Auxport. Whilst you can now enjoy ‘Swarm’, keep an eye out for many more quality releases from Bradley James, to be announced later this year.