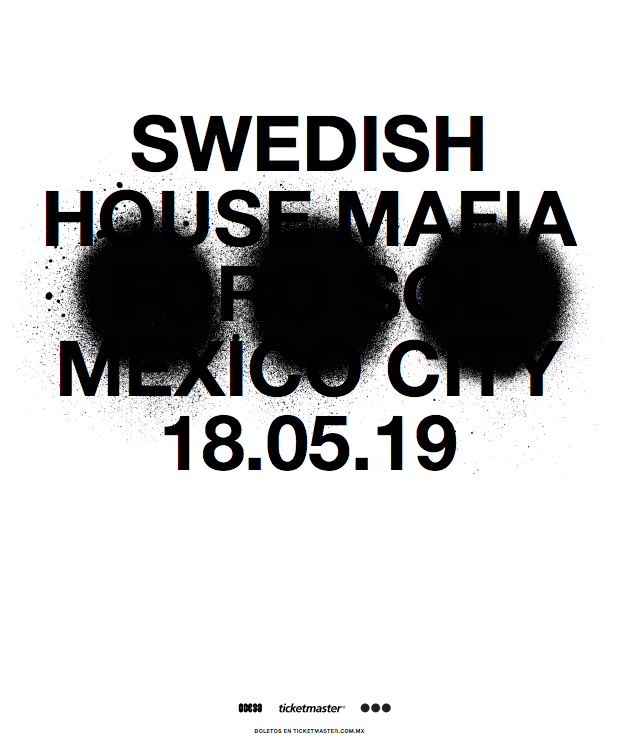 In one of the most eagerly awaited reunions of the decade, Swedish House Mafia are pleased to announce their return to Mexico City’s Foro Sol, on May 18, 2019. After a memorable performance in 2013 to over forty thousand people – as part of their One Last Tour – Axwell, Sebastian Ingrosso, and Steve Angello are pleased to return to one of their most devoted and energetic fan bases.

Tickets for this historic concert will be available in an exclusive pre-sale on November 13th and 14th with general sale on November 15 via Ticketmaster on www.ticketmaster.com.mx / via phone on 53-25-9000 / at venue’s box office.

The trio announced their much anticipated reunion via a live streamed press conference last month, following a week-long countdown on social media. Their first reunion performance will see them perform in their hometown of Stockholm, Sweden on May 2nd 2019 at the Tele2 Arena, with a further two dates added due to phenomenal demand. The group have now sold out three, back to back shows.

Purchase your tickets on www.ticketmaster.com.mx via the Citibanamex Presale on Nov. 13 & 14 or during the general gale beginning Nov. 15.