Swedish House Mafia – Leave The World Behind – Out Now! 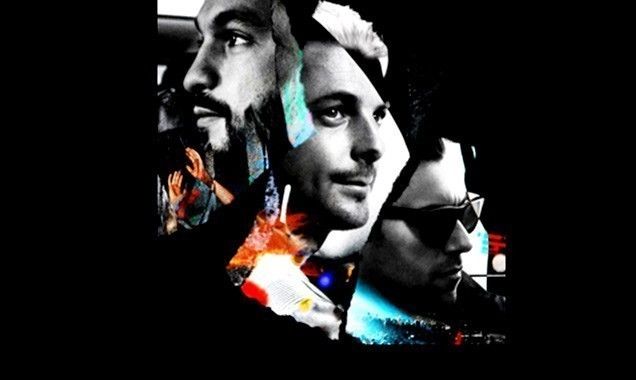 Swedish House Mafia – Leave The World Behind – Out Now!

Today LEAVE THE WORLD BEHIND and its soundtrack – ONE LAST TOUR – A LIVE SOUNDTRACK– are both available digitally from iTunes.

With breath-taking live moments, huge laughs and dark lows LEAVE THE WORLD BEHIND follows legendary electronic dance group Swedish House Mafia as they decide to end the group in order to save their friendship. Director Christian Larson (Take One) captures their final world tour which became the largest worldwide electronic music tour in history with over 1,000,000 tickets sold in just one week.

Audiences will get a front-row seat as Larson films the trio in an honest, raw, and emotional showcase of the group’s final chapter as electronic dance music’s finest.
LEAVE THE WORLD BEHIND explores three of the biggest stars in the electronic music scene, a scene which has gripped youth the world over. The film displays an insight into this world, the psychology of the band, plus the sheer scale of the tour itself and the band’s outstanding global achievements.

Executively produced by Jonas Åkerlund (Spun, Madonna: I’m Going to Tell You a Secret) the film received its world premiere on March 12th 2014 during the infamous SXSW Festival.

The film received a special UK advance screening on March 14th 2014 with fans attending a sold out ODEON Leicester Square with donations being made from ticket sales to the Teenage Cancer Trust.

ABOUT ONE LAST TOUR – A LIVE SOUNDTRACK
The 90 minute recording at Masquerade Motel in Los Angeles attended by 70,000 people will accompany the release of their movie, ‘Leave The World Behind’ which was premiered at SXSW Festival and went on to screen in over 20 countries.

The recording captures all the energy of the incredible live concept, their final stand alone show of the entire tour, and features all the Swedish House Mafia singles, tracks and exclusive bootlegs from Florence and the Machine, Steve Angello, Axwell, Sebastian Ingrosso, Dimitri Vegas and Like Mike and many more.

It also exclusively features the stunning acoustic version of ‘Don’t You Worry Child’, the beautiful ‘Leave The World Behind’ by Lune, Discopolis ‘Falling (Committed to Sparkle Motion)’ and ‘We Come We Rave We Love’ by Axwell /\ Ingrosso.

Swedish House Mafia have sold over 1.7 million albums worldwide with their biggest selling single, ‘Don’t You Worry Child’, receiving over 160 million views on VEVO/YouTube and selling nearly 6 million singles worldwide reaching the #1 spot in 45 countries across the world including the UK. The group were also the first electronic dance music act to headline the world renowned Madison Square Gardens in New York City. Tickets for the show sold out in just 9 minutes.

ONE LAST TOUR – A LIVE SOUNDTRACK
OUT NOW
http://swedishou.se/OLT

LEAVE THE WORLD BEHIND – THE MOVIE
OUT NOW
http://swedishou.se/Film

Watch the trailer for LEAVE THE WORLD BEHIND at:
https://www.youtube.com/watch?v=CGBNJmxJPTc