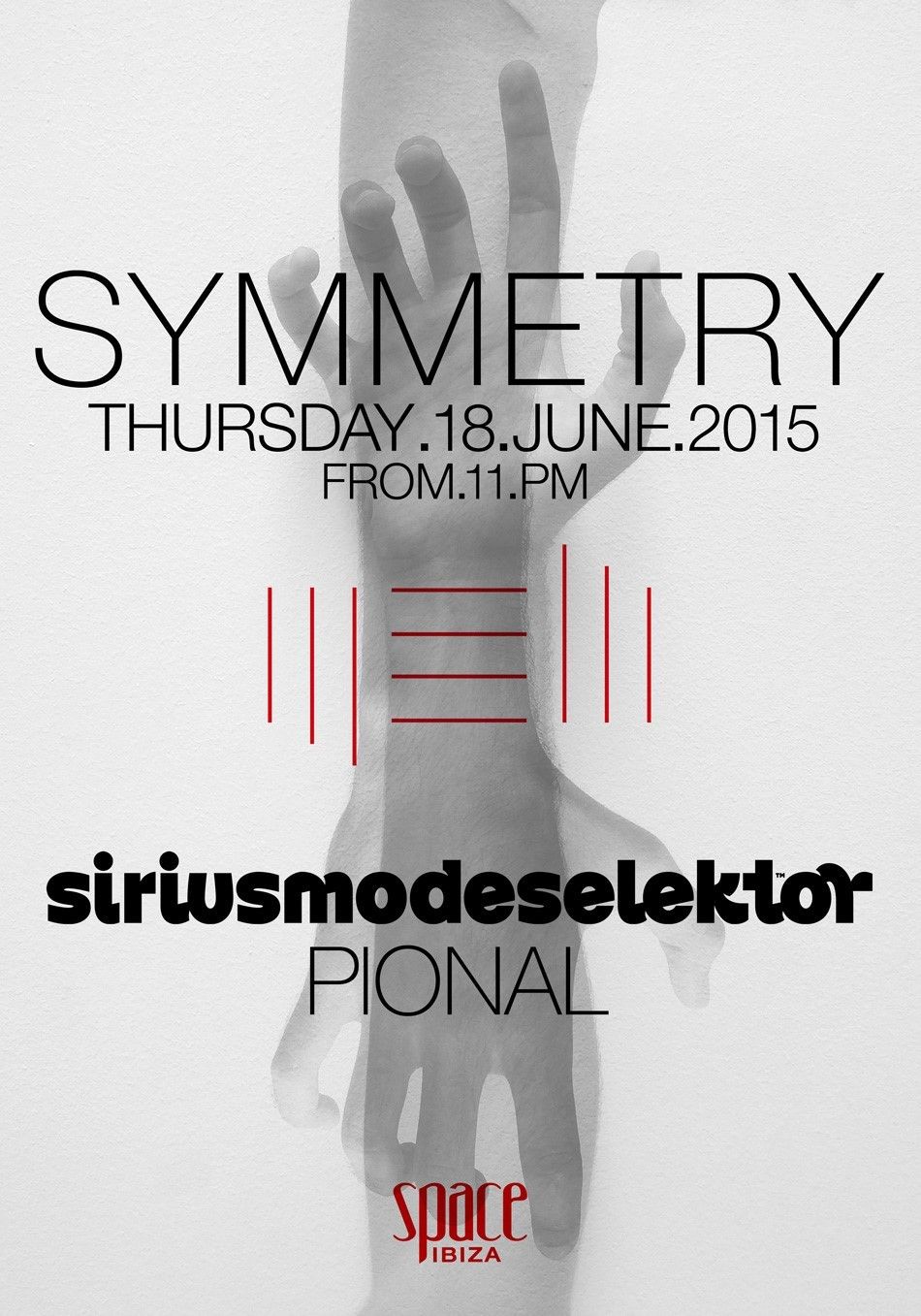 Symmetry returns for a second consecutive year to share its extraordinary vision of electronic music through two conceptually harmonic events that will demonstrate its clear commitment featuring the most exquisite sound of today’s alternative scene.

Exclusively for Space Ibiza, Siriusmodeselektor, the strong artistic union between Siriusmo and Modeselektor, will headline the first Symmetry party of the season next Thursday, June 18th. Also joining this unpredictable alliance, the respected talent of Pional, one of Spain’s artists with greatest international presence.

DJs such as Carl Craig, Visionquest and DJ Tennis were among the distinguished guests who outlined the concept of the geometrically aligned party in its short, but intense trajectory.

This summer is the time of the eclectic fusion of Siriusmodeselektor on their unique Ibizan stopover framed within the international tour ‘Auf Achse Tour 2015’. Modeselektor, the unclassifiable musical duo formed by Gernot and Sebastian, has joined forces with their multitalented friend Moritz Friedrich, known as Siriusmo, to break the dance floor with a live show where he will mix the most danceable and antagonistic rhythms of the European underground.

The Madrilenian Pional,artistic partner of John Talabot and producer for important international labels such as Hivern Discs, Permanent Vacation and Young Turks, will join the inspiring initiative of Symmetry.

The complete lineup for the second installment will be announced soon. Until then, do not miss the chance to see Siriusmodeselektor and Pional and buy your ticket for Symmetry at Space Ibiza.