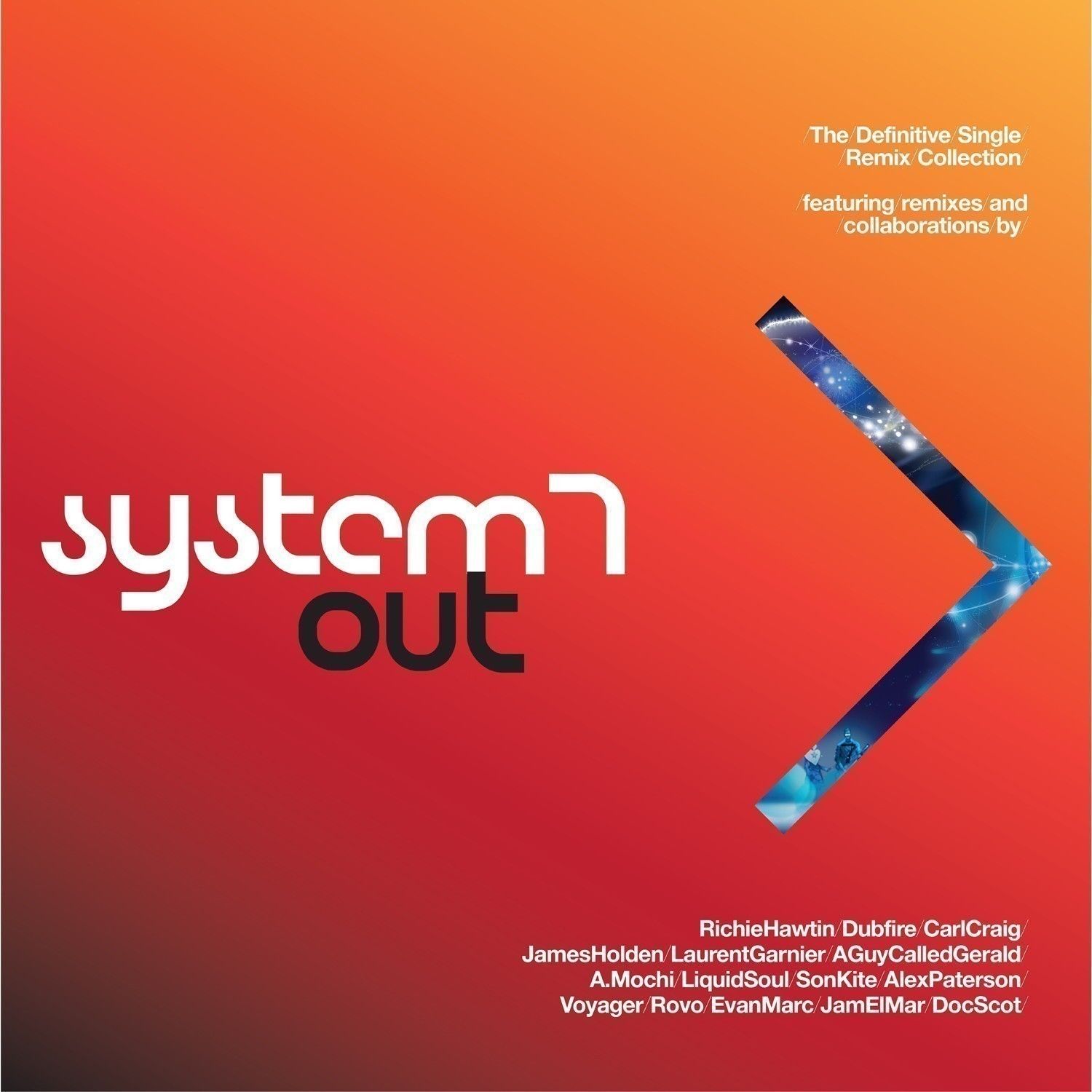 UK electronic music pioneers System 7 release a definitive double album ‘Out’, collating some of the duo’s most exhilarating moments including classics such as Richie Hawtin’s Plastikman’s Acid House Remix of ‘Alphawave’ and Carl Craig’s sought-after remixes of ‘Sirenes’ and ‘Positive Noise’. Flanked alongside high powered collaborations with International dance music visionaries such as A Guy Called Gerald, Laurent Garnier, Alex Paterson (The Orb) and Jam El Mar and including iconic tracks such as Dubfire’s Deep Space Remix of ‘Space Bird’ and rare Doc Scott and James Holden remixes, ‘Out’ has a timeless quality that continue to appeal to new fans and followers.

With a dance music involvement spanning nearly 25 years, System 7’s Steve Hillage and Miquette Giraudy have always seen this as a natural progression from their work with electronics and psychedelic rock in the 70s. Following their own understated musical path, System 7 affirm integrity as one of their most important qualities, particularly since starting their own label A-Wave in 2000. The name A-Wave of course is derived from their top track ‘Alphawave’, and the first 12” vinyl single released on their label was a re-release of Richie Hawtin’s iconic Plastikman remix, backed with two new System 7 mixes as featured on the new CD collection ‘Out’.

‘Out’ illustrates why System 7 have remained at the vanguard of the UK’s electronic music scene, with a body of work evoking their individual and different musical journeys throughout the last 20 plus years, working with the creme of electronic music producers across the genres. The duo’s unique sound bases itself in a powerful and infectious groove, fleshed out with spacey guitar sounds layered with techno, trance and psychedelic electronic elements. System 7 remain on top of their game with their unique blend of Live techno and electronic sounds which continues to be in demand with them headlining some of dance music’s biggest festivals including Glastonbury, Glade, Boom, Fuji Rock, Sonica and Ozora as well as recently being Special Guests on The Orb’s 25th Anniversary UK tour.

System 7 released their first System 7 record in August 1990 on Virgin Records, and since then they have released 11 albums and a string of singles with some classic remixes. One of the few techno groups to feature the electric guitar (the sound often heavily processed), and a female synthesiser player,
Immersed in the alternative dance music and festival scene both here and abroad, System 7 were instrumental in launching the 1st Dance Stage at the Glastonbury Festival back in the mid 90’s booking Carl Cox and Richie Hawtin , and this year sees them celebrate their their 20th year of playing at the festival.

Most recently System 7 have enjoyed regular exposure to the contemporary Berlin scene and a musical association with new resident, A Guy Called Gerald. and are frequent attendees of the May 1st festivities, featuring both Richie Hawtin and Ricardo Villalobos. Unquestionably hungry still, the duo are working on new Mirror System and System 7 albums (to appear in early 2015), having been writing and recording in the exotic touring locations of Hong Kong, Bali and Mexico as well as working on remixes for Banco de Gaia, Makyo, Juno Reactor and Joujouka. System 7 present a unique combination of tech-house beats and live musicianship, and have had a strong influence on the development of psychedelic ambient music and electronica. They are unique in that they straddle both the electronic dance music and LIVE music scenes, and always attract a great crowd of festies, dance fans and original Gong supporters.