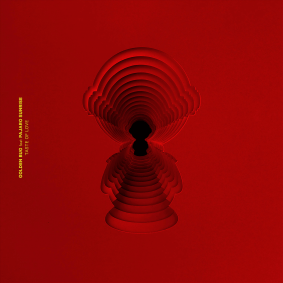 La Belle Records is back with more great adventures from the one and only Golden Bug. His two originals come with a remix from Il Est Vilaine to make for another essential outing.

La Belle boss Golden Bug hails from Paris and is a record producer, label owner, DJ, groove sculptor and metal sculptor who has had great solo success with singles and albums on his own imprint as well as Les Disques de la Mort and Gomma. He has a passion for real hardware and counts Erol Alkan, Danny Daze, Andrew Weatherall and Ivan Smagghe as fans. He is also a live artist who mesmerises audiences round the world and his latest project V.I.C.T.O.R – The Remixes from late last year was another triumph.

The EP opens with the excellent 'Taste Of Love’ feat. Pajaro Sunrise, taken from Golden Bug’s 2016 album. It’s a low slung but sleazy house track with fat drums that have real bounce and filtered vocals which bring a feeling of forlornness that is further emphasised by the sombre synth chord. It’s still a rousing track, though, and one that brings genuine emotion next to masterful production.

As well as a new dub instrumental, there is a remix from French pair Il Est Vilaine who make masculine disco tracks with touches of acid house and always rugged textures. Their version is a menacing one with weighty drums and bass coming together to form an elastic groove. The vocal is chopped up with various fx, hits and freaky synths that will send the club into overdrive.

The Golden Bug also offers up a brand new composition in ‘Hippie Friends,’ a superb slow motion acid anthem. It has sludgy drums that suck you in, psychedelic vocal sounds and gloopy bass all finished with ticking percussion and metallic hits.

This is another refreshing package of inventive macho disco from one of the best in the game and is also complemented by a brilliantly eye catching video for ‘Taste of Love’ which will be out on the same date.