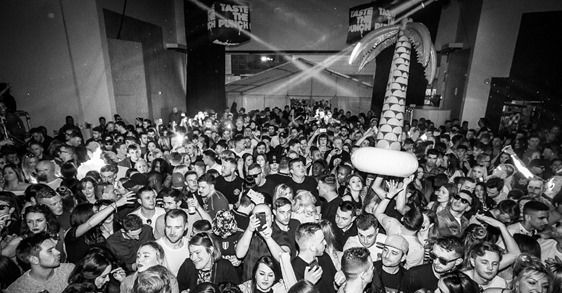 Tantra will throw ‘The Last Show Of The Summer’ on Thursday 12th October donating proceeds to the Caritas charity organisation. Opening up the outdoor space next to the venue, the outdoor event which is powered by Taste The Punch will be split into two parts; the daytime celebrations and a night time party with DJ Sneak, Doorly, Jesse Perez and DJ Oliver.

During the daytime, Tantra will be serving up their famous BBQ from 14:00 to celebrate another successful summer with the workers and residents of the area. A selection of barbecued meats and vegetarian options will be offered up throughout the afternoon.

From 19:00, the afternoon celebrations will turn into the night time party with a huge stage and production built for a five-hour outdoor session until midnight when the party will move inside for the after hours.

British brand Taste The Punch will bring their debut Ibiza season to a close on 12th October at one of the island’s best venues. Tantra has hosted two Taste The Punch pre parties this season with Faithless and DJ Sneak both performing. This year TTP have welcomed the likes of Mark Knight, Marshall Jefferson, Felix Da Housecat and Laidback Luke to Eden and will be ending the year in style by powering the famous Tantra Closing Party.

A special outdoor light projection show will be created by Bamboo. The industry expert has been transforming international stages into multi-dimensional worlds since the 1980s. Developing his distinctive style on the island of Ibiza, he has become a global trendsetter in the domain of visual projection.

If you can’t be on the island to celebrate the night time charity event then you can watch the action unfold live through the Tantra Facebook page from 19:00. The event will also be broadcasted on Ibiza White FM 103.7 which can be listened to globally from the Ibiza White FM app. The app can be downloaded for free from the Apple and Google Play stores or you can tune in at www.tantraibiza.com.

A larger network of radio stations around the world will be broadcasting the island event, sharing the love from the last moments of summer in Ibiza.