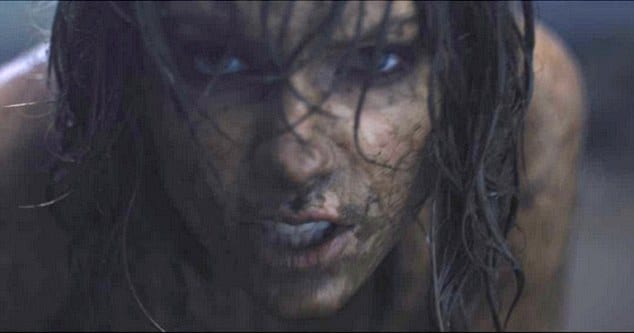 Singer songwriter Taylor Swift premiered the new music video for ‘Out of the Woods’ last night during Dick Clark's New Year's Rockin' Eve With Ryan Seacrest on ABC in the U.S.

Directed by Joseph Kahn, ‘Out of the Woods’ is written and produced by Taylor Swift and Jack Antonoff. Fan favourite ‘Out of The Woods’ is the sixth music video to be released from Taylor’s GRAMMY nominated Album of the Year, 1989.  It follows ‘Shake It Off’, ‘Blank Space’, ‘Style’, ‘Bad Blood’ and ‘Wildest Dreams’.

1989  has sold over 9.2 million worldwide to date, and has been certified triple platinum in the UK where it debuted at no.1 on the official albums chart on release and was the top selling album by an international artist in both 2014 and 2015.

WATCH 'OUT OF THE WOODS' MUSIC VIDEO HERE:
http://smarturl.it/OOTWMV