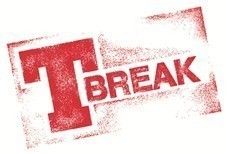 Tennent’s Lager put out their legendary T Break call for demos for the 20th time this March and Scotland’s unsigned acts responded, with over a thousand acts submitting their demos in the hope of landing one of 16 highly coveted slots on the T Break Stage at T in the Park.

Today the line-up of acts that will play the T Break Stage’s landmark 20th year is revealed:

Tennent’s Lager have been proudly supporting Scotland’s grassroots music scene through T Break for 20 memorable years, providing the country’s freshest unsigned talent with the chance to showcase their material to fans, musicians and music industry insiders alike on the biggest platform for unsigned artists at T in the Park – the T Break Stage.

Throughout T Break’s 20-year rock and roll history the T Break Stage has seen a huge wealth of talent coming through the ranks, with bands such as Biffy Clyro, Snow Patrol, Twin Atlantic and The View all playing the legendary stage.  Each year the T Break line-up – curated by a judging panel of 15 of Scotland’s most respected and influential music industry experts – reflects exactly what’s going on in Scotland’s grassroots music scene at that time, and this year is no exception.

Myles Bonnar, Schnarff Schnarff said:
“It was just the best feeling ever! We have always believed in ourselves so to get a reward like this, makes all our dedication worthwhile. Hearing that we got T Break just catapulted me back to T in the Park ’99 – watching Blur play Tender – you envisage yourself on stage and now we can live that dream! We are over the moon!”

Nicola Cooper, Sponsorship Executive at Tennent’s Lager said:
“We are incredibly proud to be celebrating 20 years of T Break and we can’t wait to see this years act’s perform at the T Break Stage’s new home at Strathallan Castle this summer. We have so many brilliant T Break memories from Balado and from Strathclyde Park over the past 20 years and it’s exciting to know we will be making many more at T in the Park’s new home. Every year, the calibre of artists coming through T Break excites me, Scotland truly is a gold mine of musical talent and Tennent’s are so proud to continue to support this talent through T Break”

Dave McGeachan, Senior Promoter from T Break partners DF Concerts
“Every year the other judges and I are blown away by the talent we hear at the T Break judging sessions. Some I am familiar with from the Scottish music scene such as Crash Club and Tijuana Bibles, this year. Some, like Spring Break, just come completely out the blue and that’s the magic of T Break. Supporting Scotland’s grassroots music scene for 20 years is a massive achievement for T Break and a hugely important commitment from Tennent’s. I’m very proud of T Break and all the great acts who have come through over the years – bring on the next 20 years.”


To find out more about the acts on the T Break 2015 line-up, check out www.facebook.com/TennentsTBreak and www.tennents.com/tbreak