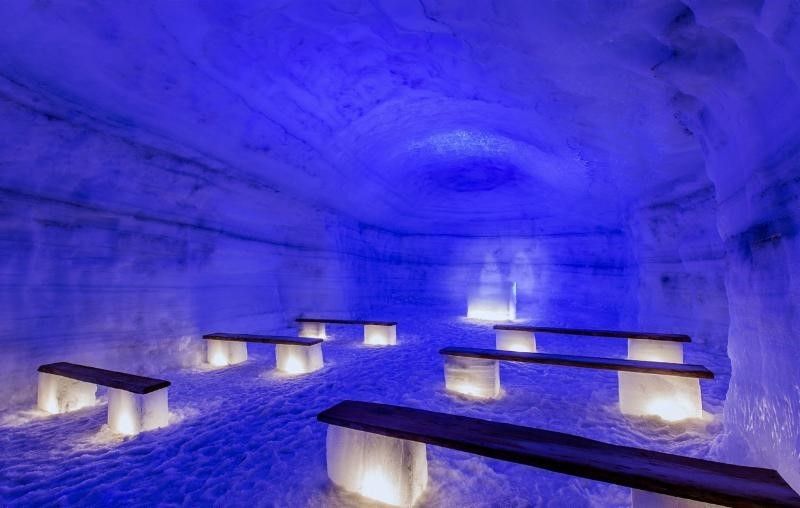 Been looking for the ultimate holiday experience that combines your love of adventure with world-class music? Simply nothing can top the world’s first party within a glacial cave system in Iceland as an extension of the Secret Solstice festival.

Well, that’s exactly what 2015’s Secret Solstice festival is promising to deliver for only 70 lucky people when they host “Icerave” this summer.

Leaving Reykjavík on Saturday evening, the 20th of June 2015, guests will travel from Iceland’s capital city by coach into the wilderness at the stroke of midnight. Once arriving at Langjökull – Europe’s second-largest glacier – the remainder of the journey to the entrance to “Icerave” will be taken in ice explorer vehicles, modified from their previous roles of transporting rocket equipment for NASA.

Guests will then be some of the first people on Earth to descend into a man-made cave system beneath ice up to 580m thick, taken on a 45-minute guided tour of the cave system, before ending with private DJ sets by world-class electronic artists Totally Enormous Extinct Dinosaurs and Artwork, within one of the glacier’s caverns.

According to Secret Solstice festival director Fred Olafsson, attendees will become a part of history, as this will mark the first ever musical performance being held within a glacier.

For seventy people, partying in a half kilometre long tunnel under the ice is truly going to be the experience of a lifetime,” said Olafsson. “It almost doesn’t feel real to be putting on such a unique event, literally inside a glacier.

Ensuring everyone parties responsibility and it’s a safe experience for all involved, a two-drink maximum has been implemented, while the whole event’s security and tour will be handled by the professional crew that runs the cave.

70 tickets only are on sale from today for 29,900kr (approximately £145/$225/€203), and are available as an individual event, as well as to existing Secret Solstice festival ticket holders. All transportation, food, cocktails mixed on site by Reyka Vodka, entertainment, as well as a once-in-a-lifetime memory are all included in the ticket price.

Tickets can be purchased here: https://www.tix.is/en/event/749/icerave/

As if the second midnight sun music festival couldn’t get any better, we’re psyched to announce the final Secret Solstice lineup additions for our 2015 event, with 26 names being added to our already epic roster.

Here are our latest names:

These join the following artists already confirmed to play the festival: