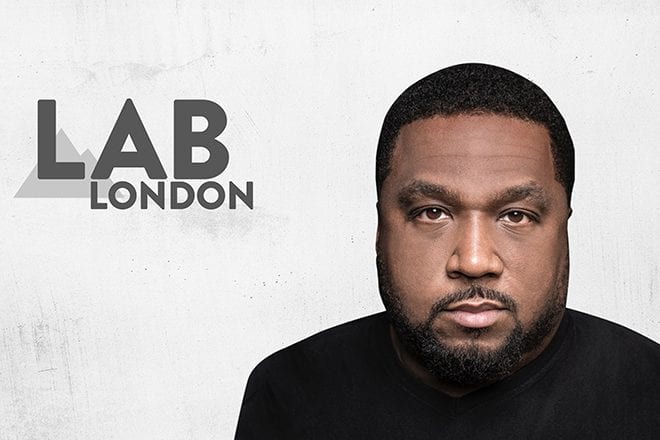 The Lab LDN is Mixmag and Coors Light's weekly live stream, powered by Void Acoustics, where we showcase the finest DJs direct from our world famous office party.

Later today Groove Odyssey is taking over The Lab LDN and bringing Terry Hunter in tow to lay down an hour of Chi-town sounds.

Since its formation in 2005 Groove Odyssey’s label arm has curated and released a first-rate discography of soul-warming house music from artists such as Louie Vega, Daejae and The Basement Boys. After moving into the party throwing sphere in 2009, the London-based operation has been killing it nonstop with a series of events hosted at the English capital's iconic Ministry Of Sound club and beyond, headlined by the likes of Kerri Chandler, Masters At Work and Dimitri From Paris.

Across May 19 to 22 Groove Odyssey will throw a weekender in Ibiza featuring over 40 artists playing at club, boat and pool parties. The last few tickets can be snapped up here. Further down the line in summer you can catch a host of house music greats at Groove Odyssey’s stage takeover at London’s 51st State festival.

This weekend Terry Hunter is headlining a GO party at Ministry Of Sound, and as a warm up before that on Thursday you can catch him spinning in The Lab LDN. As a member of Chicago’s esteemed Chosen Few DJs collective, Terry Hunter is a seminal purveyor of house music and one of the best in the world at spinning records to move dancefloors. This week's live stream starts at 5:30pm GMT. You can tune in live over on Mixmag's Facebook page and re-watch on MixmagTV from 6:30pm GMT.

Keep up to date with Groove Odyssey via Facebook.

Credit: Thanks to our friends at Mixmag for these words.