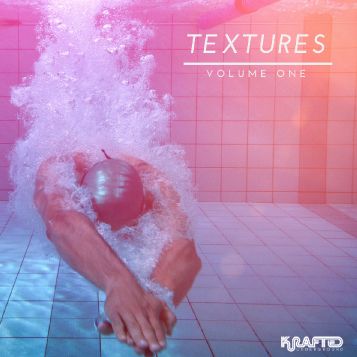 Krafted Underground presents a dynamic 21-track compilation of tracks selected and mixed by Paul Sawyer, to celebrate the launch of his new ‘Textures’ show on New York’s cutting edge Frisky Radio. The revered station has been broadcasting the finest underground music since 2001 and Paul’s ‘Textures’ show is a valuable addition to the excellent array of talent on display. With the launch of this stylish new mix compilation series, Paul Sawyer showcases the diverse, melodic beauty, and essential, exciting underground music that he intends to present to his listeners each month on Frisky.

Ranging from the deep lush vocal track ‘Make It Last’ by Paul himself (an album exclusive), to top quality music from whole range of highly regarded producers, including Third Son, Darin Epsilon, Nick Muir, Tim Engelhardt, Dale Middleton, GMJ, Forerunners, Dom Kane, Simon Sinfield, and many more, this is an album to savour. ‘Textures’ takes a trip to the deeper side of house, completely representative of Mr Sawyer’s new radio show and his DJ sets.

Heading up Krafted, Paul represents the UK brand at numerous events worldwide, from transatlantic trips playing in San Francisco and LA, to his residency in Rotterdam for ‘Trash’, and Krafted events at London’s Ministry of Sound, and Egg. Paul’s impeccable deck dexterity is showcased through the album’s two one-hour continuous mixes – perfectly created for kicking back and letting yourself get immersed in the enchanting journey.

Krafted is the creation of Paul Sawyer and Darren Braddick, who joined forces in 2014 after running separate labels. A third partner – Jason Miller (aka Redux Saints), based in LA – joined the team in 2016 to assist with the brand's US presence. With over 500 releases across the label group from artists including: Doorly, D-Formation, Dave Seaman, Nick Muir, Colin Dale, Moonface, Terry Farley, Graham Gold, Robbie Rivera, and many more, the label has established an exciting and diverse catalogue.