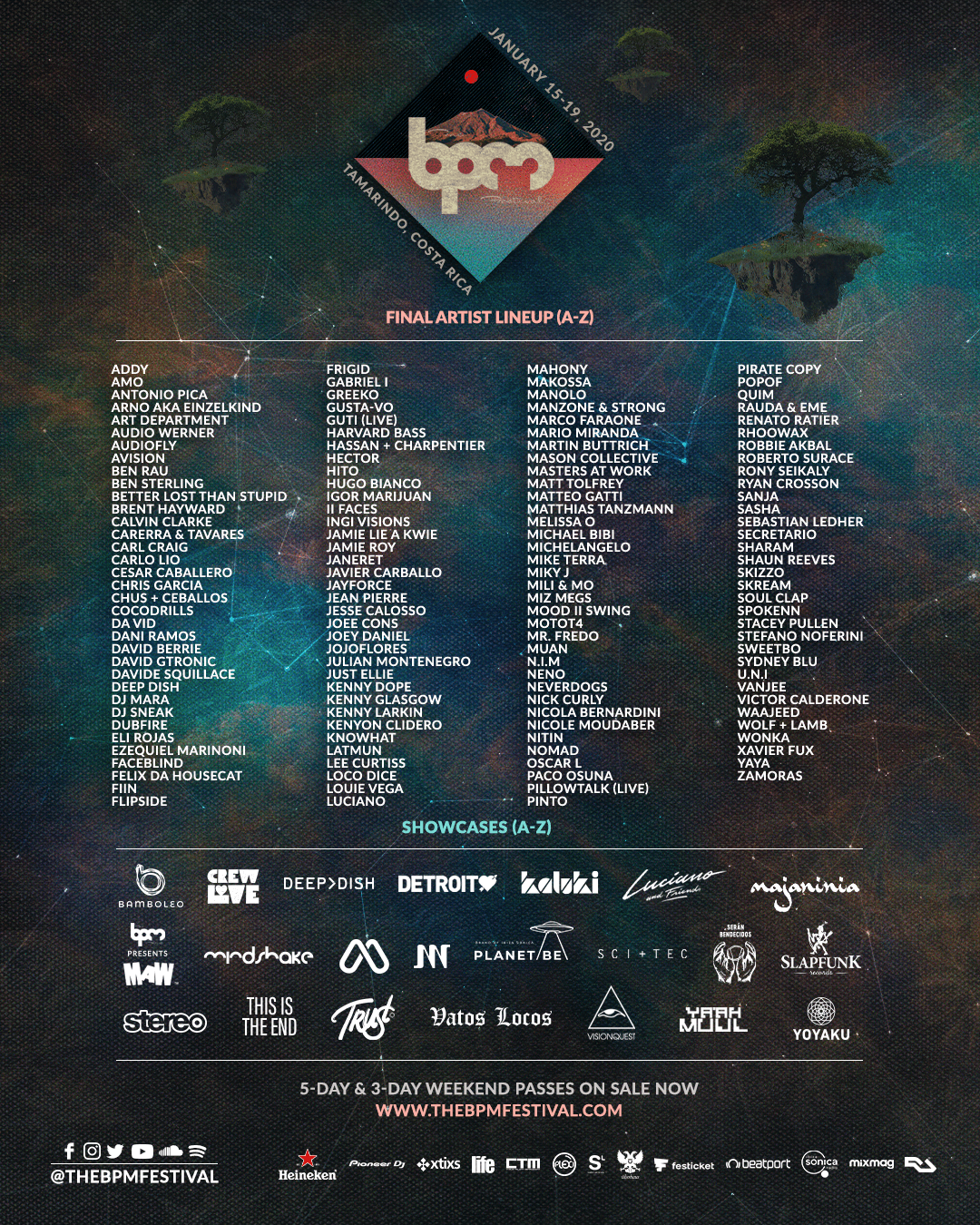 Starting the new decade amongst the backdrop of Costa Rica’s beautiful Gold Coast, The BPM Festival has revealed its final artist and showcase lineup for its debut edition in Costa Rica with more than 100 new DJs and live acts newly confirmed. Welcoming some of the most iconic names and rising stars in dance music, the final additions for its newest iteration from January 15-19, 2020 in Tamarindo, Costa Rica, include Art Department, Audiofly, Better Lost Than Stupid, DJ Sneak, Felix Da Housecat, Guti (live), Joey Daniel, Loco Dice, Masters At Work, Soul Clap, POPOF, Sasha, Skream, Stefano Noferini, Victor Calderone, and many more. This year, The BPM Festival is again championing the next wave of dance music stars and leading the way with introducing the new generation of underground talent. With five days and nights of musical programming that will feature top label and party brand showcases from around the world, festival-goers can look forward to over twenty showcase events throughout the coastal surfing town of Tamarindo.

A beach town located along Costa Rica’s Pacific coast, Tamarindo is considered the hidden gem of Central America approximately one hour from Liberia International Airport (LIR). Boasting world-renowned surf, an abundance of lush green jungle, breathtaking beaches, and plenty of eco-tourism, attendees will have the opportunity to begin the new year surrounded by stunning Costa Rican scenery to the beat of world-class underground talent.

5-Day and 3-Day festival passes for The BPM Festival: Costa Rica are on sale here! 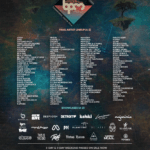