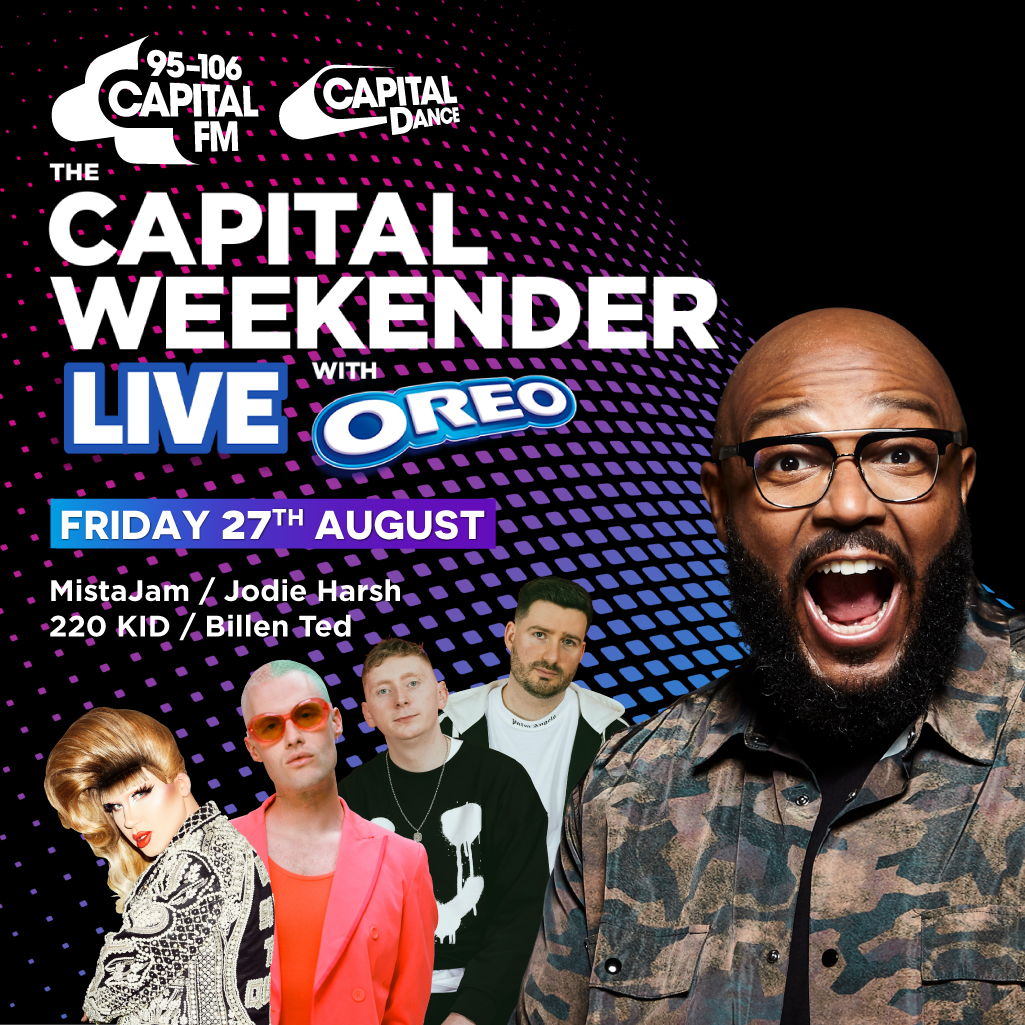 Capital, the UK’s no.1 hit music brand, and OREO today (Friday 6th August) announced The Capital Weekender Live with OREO – a rooftop party hosted by MistaJam and featuring some of the UK’s biggest DJs; Jodie Harsh, Billen Ted and 220 KID.

This August bank holiday, Capital will be kicking off the long weekend with a MASSIVE Friday night show, playing the biggest dance anthems at the first ever Capital Weekender Live with a live audience.

Listeners will be able to win tickets to the exclusive live show by listening to Capital and Capital Dance. The show will also be streamed live on Global Player.

MistaJam said: “After two hugely successful MistaJam & Friends events during lockdown, I’m really excited we’re now supersizing the event thanks to OREO and will be live from the famous Century Club in London with actual real-life people. We’ll be bringing that NRG through the speakers to people listening at home and watching via Global Player. I only hope I remember what to do as it’s been so long since I’ve been able to DJ both in front of a live audience and on the radio at the same time!”

Rafael Espesani, OREO Senior Brand Manager, said: “We are thrilled to collaborate with Global and an incredible line up of artists to host our first live music event together. OREO is all about playful connections which bring people together; so, we’re incredibly excited to create some very special moments for our lucky competition winners through the unrivalled power of live entertainment.”

The Capital Weekender Live with OREO is a partnership between OREO and Global, the Media & Entertainment group celebrating live events returning this Summer.

Listen to Capital and Capital Dance for the chance to win exclusive access to The Capital Weekender Live with OREO.

Tune into The Capital Weekender with MistaJam, Friday and Saturday nights from 7pm, on the Capital network and Capital Dance – across the UK on FM, DAB digital radio, on Global Player on your smart speaker (“play Capital” “play Capital Dance”), iOS or Android device and at capitalfm.com and capitaldance.com 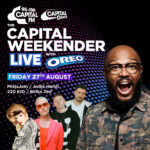