The Chainsmokers announce European Tour for 2020 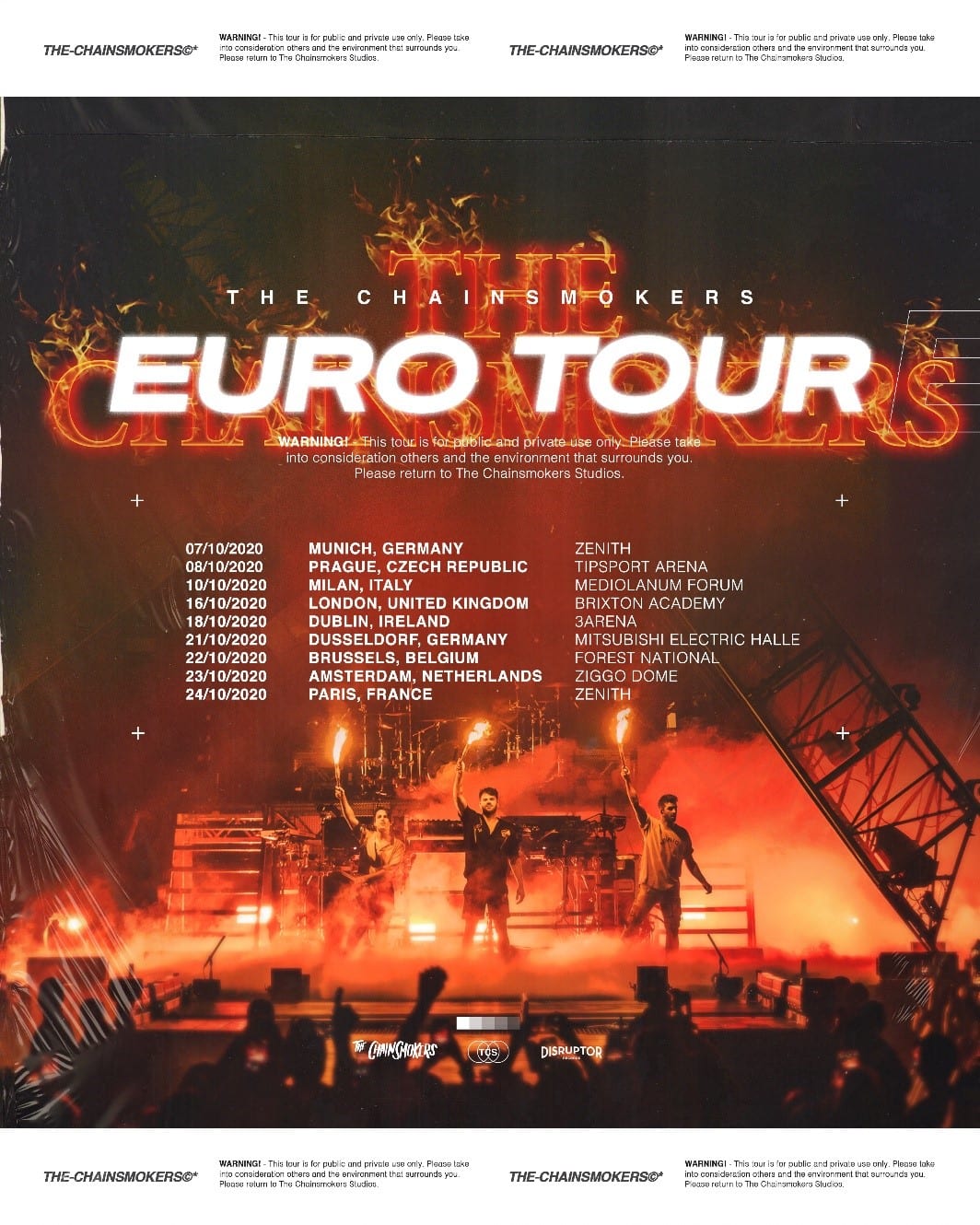 The Chainsmokers announce European Tour for 2020

Grammy Award-winning artist/producer duo The Chainsmokers have announced their European headline tour for 2020 and will see the electronic duo returning to London, UK after a 2 year hiatus on Friday 16th October at O² Academy Brixton.

The 9-city tour kicks off on October 7 in Munich, Germany and make stops Czech Republic, Italy, UK, Ireland, Germany, Belgium and Netherlands before wrapping in Paris, France on October 24. See full tour routing below.  Pre-sale tickets are available from 9am (GMT) via O2 Priority & Spotify, with general on sale beginning 9am (GMT) Friday 8th November.

The Chainsmokers have also revealed today that they will release their new song “Push My Luck” this Friday, November 8, as part of their ongoing building album, World War Joy. The album also features “Call You Mine” featuring Bebe Rexha, “Takeaway” with producer/DJ ILLENIUM featuring Lennon Stella, “Do You Mean” featuring Ty Dolla $ign and bülow, “Kills You Slowly” and “Who Do You Love” featuring 5 Seconds of Summer. These 5 songs have collectively accumulated an impressive 1 Billion streams worldwide to date.

The band is currently midway through their massive “WORLD WAR JOY” North American headline arena tour, which is travelling to over 40 cities and runs through December 2019.

For up to date information on The Chainsmokers please visit https://www.thechainsmokers.com/. 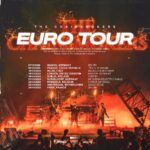