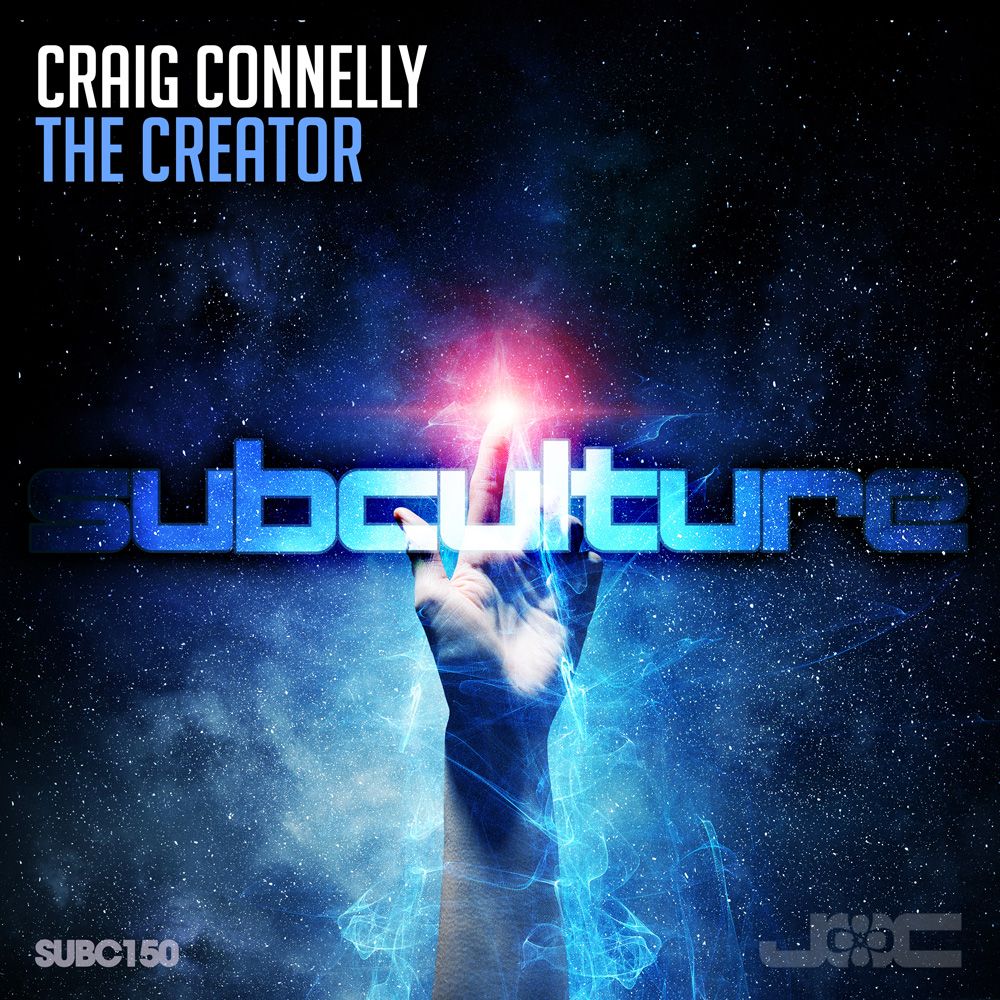 In-studio, Craig Connelly’s been grappling with a big idea of late. It’s one whose seed began during production of his July club hit ‘The Universal’ and now goes atomic through ‘The Creator’.

Specifically Craig’s been doing the big-think on how to create a track that fulfills both the atmospherically underground yin and – in a single swoop, the floor-rushing yang.

Not possible right?! Well that hasn’t deterred Mr. Connelly. So for Subculture Recordings 150th release, to nail it, he went to the outer limits.

Naturally balance is the key and in pursuit of it, ‘The Creator’ walks the finest of production tightropes. Its intro plays a classic long game, amassing an intense array of blacker elements to build it out. Craig allows greater time for its ether to brew, modulating those over a lower, lengthier, flowing, growing ascent. The drums speak loud while the bass resonates low and ‘The Creator’s FX bias lies unflinchingly at the moodier end.

For every synth shaft that breaks through, he counterweights with a darker element. For every melodic strain, Craig answers with a boomier drop or an even-more-thunderous-than-the-last, bass-heavy sequence. Even as the notes climb at the business end of the drop, he’s applies darker ballast and cooler vocal harmonics, ensuring its tone unwaveringly walks that line.

A track that’s all things to all men & women?! Find out for yourself here from today: https://subculture.choons.at/creator