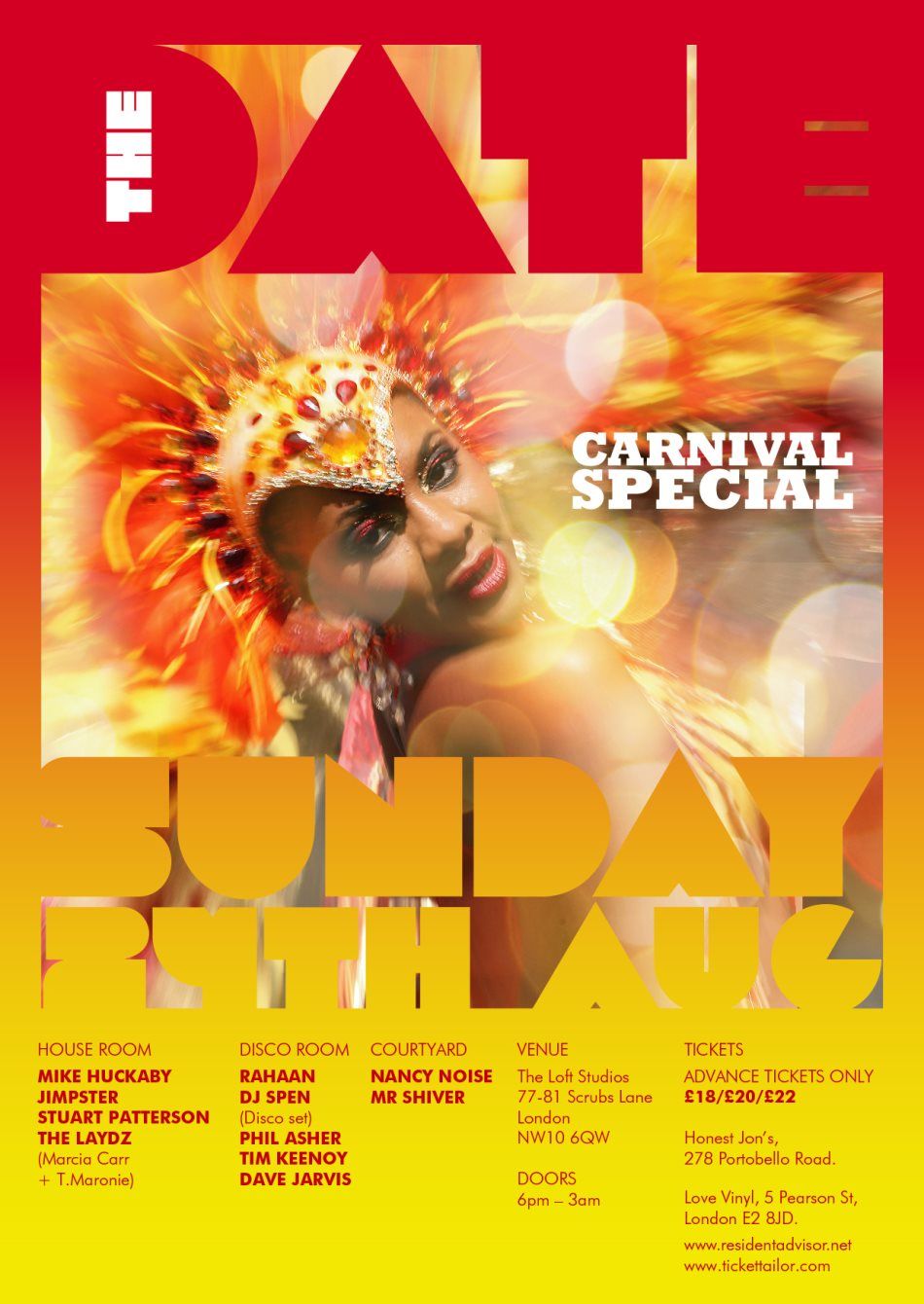 Without doubt this year’s biggest post carnival party is The Date’s three roomed special at the stunning Loft Studios, five minutes from the action in Kensal Green. It is the ninth ‘Date’ at the venue, a series of parties that has seen bona fide legends play in one of London’s finest spots. Kerri Chandler, Danny Krivit, Timmy Regisford, Greg Wilson, Tony Humphries, Kenny Carpenter and sadly one of Frankie Knuckle’s last ever gigs. For their carnival special The Date welcomes three Americans at the top of their game, Mike Huckaby, DJ Spen and Rahaan. Adding some deep and warm techno to the house room will be Detroit legend Mike Huckaby with support from one of the UK’s finest house producers Jimpster, resident Stuart Patterson with The Ladyz (Marcia Carr + T Maronie) warming the room up in fine fashion.

Baltimore’s DJ Spen plays a not often heard disco set as he digs deep from his usual house sets. He headlines the disco room along with Chicago bad boy Rahaan whose star continues to rise with his impeccable sets at every turn. Top London support comes from Phil Asher, Dave Jarvis and resident Tim Keenoy.

To add some extra carnival flavour there is a third sound system in the courtyard where Nancy Noise adds her Balearic treats under the stars after Mr Shiver has opened proceedings with carnival classics in the sunshine.

All rooms are powered by RSH’s expertly tuned Funktion 1 sound systems and the venue is lit by 2Bit Punk’s original visual shows.

As always this is an advance ticket only event and can be bought online at either tickettailor.com or residentadvisor.net or in person at Honest Jon’s on Portobello Rd or Love Vinyl in Pearson St, Hoxton.