The Forgotten’s ‘Dreams’ Gets 5-Track Remix EP Via Tasty 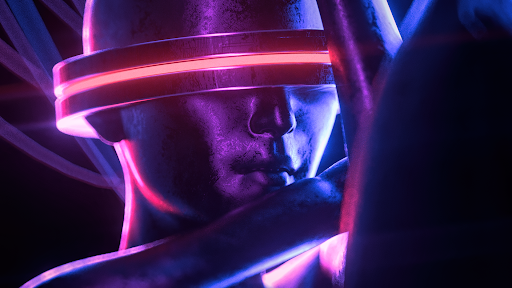 The Forgotten’s ‘Dreams’ Gets 5-Track Remix EP Via Tasty

Released in October of last year to much critical acclaim, The Forgotten’s hit single ‘Dreams’ returns to the release radar with five enthralling new reinterpretations. This time around, the enigmatic talent has enlisted remix duties from Tokyo Rose, ERM, Ash Milez, MYKOOL, and BUNNY via the esteemed imprint and brand Tasty Network. The latest to come from The Forgotten follows up their recent string of highly-successful singles this year such as ‘Akira’, ‘Feel New’, ‘Robots’, ‘Rebels’, and ‘Maniac’. Out now via Tasty, the 5-track ‘Dreams’ remix EP is available to listen to across all streaming platforms.

Kicking things off, Tokyo Rose and The Forgotten join forces in transforming the source material into a completely new sonic masterpiece. The fresh take from both talents features a brooding quality, building a palpably raw tension with each passing second. The remix is instilled with a new edgier tone that effortlessly highlights the rich lyricism present in its entirety. Trance sensibilities are audibly sprinkled throughout, giving the track a newfound rapturous ambiance.

ABOUT TOKYO ROSE — Tokyo Rose is a Billboard chart-topping producer hailing from the U.S. who began making music back in 2014. After emerging onto the scene with their ‘Chases’ EP, the talent has since followed it up with several ‘darkwave’ releases, such as their beloved debut LP ‘The Chase: Last Run’ and ‘Akuma I’ and ‘II’.

“We wanted to try new sounds for this remix: TOKYO ROSE started with the idea of creating a trance remix that could be emotional and melodic, while also working on a darker style that could represent The Forgotten. We ended up mixing both styles into one single remix, where melodies meet cyberpunk.” – The Forgotten and TOKYO ROSE

ERM takes the reins next, and pivots stylistically with a more hard-hitting intensity. The vocal takes front-and-center for the beginning half before the hefty bass drops hits in full-force. Propelling the listener through its nearly four-minute runtime, the remix is characterized by rolling basslines and a propulsive energy that doesn’t ever let up. In all, ERM’s new take completely reimagines the original track into a completely new electronic dance music masterpiece.

ABOUT ERM — ERM, known as Erami, is a multifaceted Chile-based musician who creates cinematically atmospheric original productions for video games, movies, and much more. ERM is the talent’s main hub for focusing on the creation of EDM hits, such as ‘Exogenous’ and ‘Gurenge’.

“My objective and main motivation was to work with arpeggiators that could enhance and accompany the vocals of this song, and create unique drops that could shine on their own. Additionally, I added a third drop that I feel has that ‘The Forgotten’ vibe in it”. – ERM

Ash Milez’s remix immediately begins with an elongated, futuristic soundscape. The low-pitched vocal cut is eventually introduced into the sonic space, and evokes a sense of sheer wonder. The mellow beat drop features shimmering, glitchy-sounding elements paired alongside a driving melody. Each of these perfectly showcase Milez’s highly impressive production prowess from start-to-finish.

ABOUT ASH MILEZ — Ash Milez is a burgeoning producer who recently came onto the scene with his remix of TOKYO ROSE and Jonny Craig’s ‘Dark Knights’. With a highly successful rework already under his belt, he primes himself as an artist to watch moving into the remainder of the year and beyond.

“The remix is a mixture of different vibes and sub genres, such as Chill-Out and Future Garage. My main goal was to transform ‘Dreams’ into an emotional deep piece of music filled with knocking beats and powerful basslines”. – Ash Milez

MYKOOL completely upends the original track by transforming the tune into a certified drum and bass rinser. The propulsively driving offering maintains its high-octane flair with ease, and also features distorted instrumentation that adds to the overall lively sonic raucousness this new remix champions.

ABOUT MYKOOL — MYKOOL is a DJ/producer based out of London who has been releasing his own unique take on EDM since 2014. Over the years, he’s been a Tasty mainsta and has also produced music for video games and TV shows. Notable releases include hit singles ‘Ikiru’ and ‘Homebound’.

“I aimed to create a high energy anthemic dancefloor Drum & Bass tune, and I knew it would work as soon as I heard the vocals. I wanted to keep that retro feel with the use of synth riffs in addition to the distorted bass guitar, which gives the song some grit.” – MYKOOL

Lastly, BUNNY finishes the 5-track remix EP with their new version of ‘Dreams’. The new remix harkens back to the hard rock days of the early-2000’s, and places a strong emphasis on the guitar riffs and overall rock-and-roll vibe. Opting for a more cerebral approach, BUNNY’s remix features uncompromising production throughout its approximately three-and-a-half minutes.

ABOUT BUNNY — BUNNY is a precocious 24-year old Japanese talent who has taken Japan by storm over the last seven years. Heavily influenced by emo and pop-punk rock genres, the rising act has made waves with their remix of BTS’ ‘Fake Love’, which landed them the ‘Billboard Best BTS Remixer’ award. Notable releases include acclaimed tracks ‘Embrace’ and ‘Our Love’.

“To bring out the coolness of the original song, I arranged it into Hard Rock/Mixture Rock, inspired by Linkin Park and Bring Me The Horizon, which I’ve been listening to since my childhood.”
– BUNNY

ABOUT THE FORGOTTEN — The Forgotten is a cyberpunk-inspired musician who has consistently maintained an enigmatic presence since their debut in the electronic dance music landscape. Blending together old-school synths with a futuristic sonic approach, their main goal is to reach out and lift up the voiceless.

Overall, the 5-track ‘Dreams’ remix EP is a perfect addition to the Tasty Network imprint. With ‘Dreams’ immense success, one can easily expect the newfound remixes to exceed all expectations. 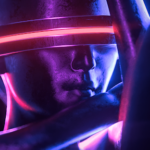