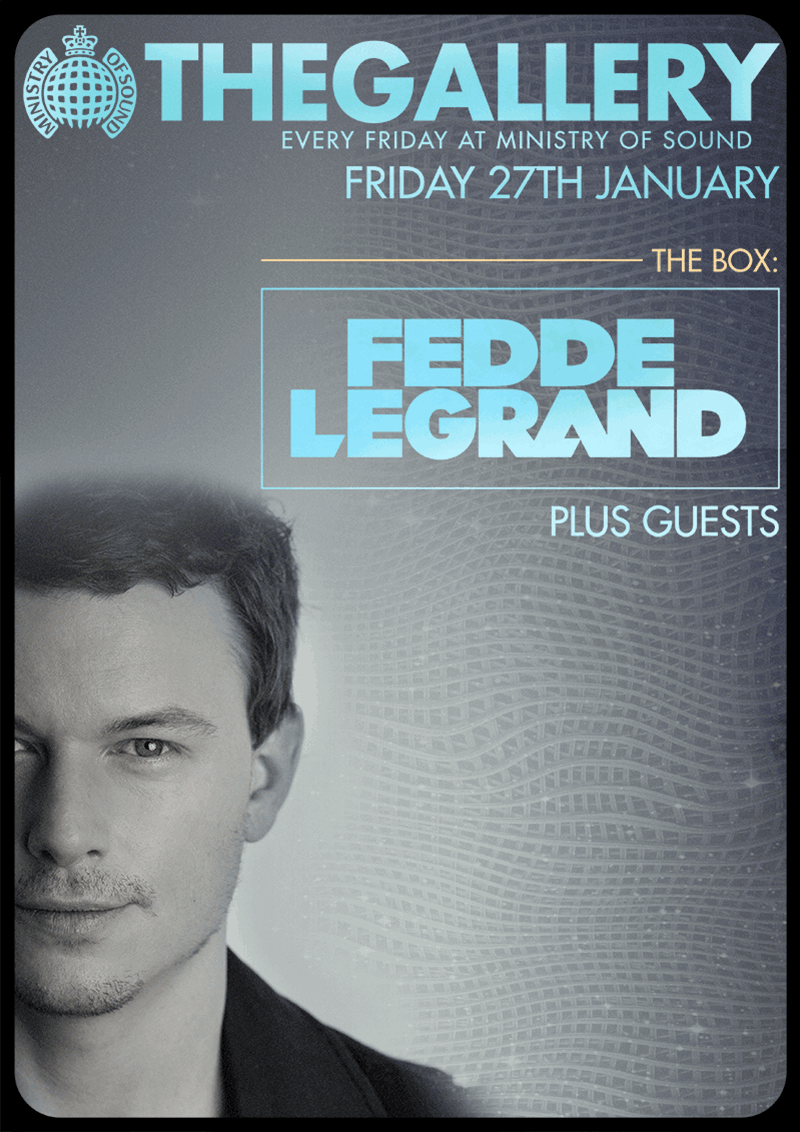 After the unfortunate cancellation of Fedde’s show last June, all fans have been clamouring for his return. So it’s all systems go for this time around, especially since this will be the Dutch destroyer’s first Gallery gig in nearly two years!

So put-your-hands-up-for-London as the Capital’s clubbers convene and dance the night away. Expect Fedde to road test brand new material for 2017 from all forms of House and electro, stamped with the Fedde Le Grand hallmark which makes that sound instantly recognisable on any club sound system.